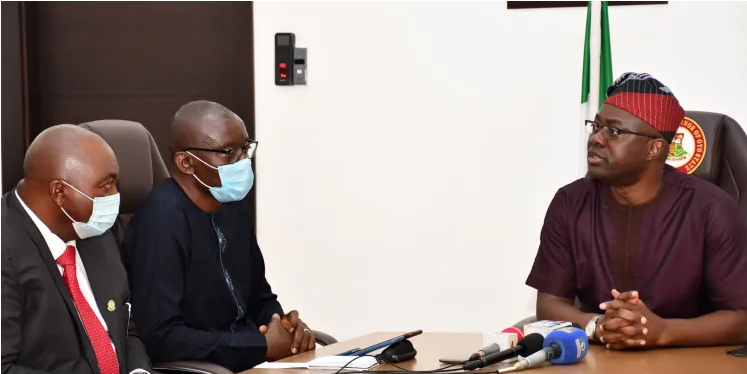 Festus Akanbi
There are indications that a chain of unresolved issues holding back the commencement of the Ibadan Dry Port may have been resolved with the readiness of the Oyo State Government to put in place the needed infrastructure to make the project a reality.

The Nigerian Shippers Council (NSC), which gave the hint in a statement on Friday, said all outstanding issues in the Full Business Case (FBC) and concessionaire agreement that would drive Ibadan Inland Dry Port development had been resolved.
Executive Secretary, NSC, Mr Emmanuel Jime, disclosed this in a statement in Lagos, signed by Mrs Rakiya Dhikru-Yagboyaju, Head, Public Relations of the NSC.

Jime, made the declaration when he led the agency’s Management team on a courtesy visit to the Executive Gov. Seyi Makinde of Oyo, at the Government House, Ibadan, Oyo State.

He commended the state government for the pivotal role it had played towards the actualisation of Ibadan Inland Dry port.
He revealed that the host state had agreed to provide necessary infrastructure that would assist the successful take-off of the project – a critical one being a link road from the entrance/exit of Ibadan Dry Port and a frame bridge at the entrance/exit of Ibadan Dry Port.

“Others are connection of Ibadan Inland Dry Port to 33KV power supply, reconstruction Of Oyo – Ibadan to Moniya -Iseyin link road,” he said.

The executive secretary noted that the outstanding issues that had not been addressed by the Oyo St]ate Government include the payment of compensation for the 90 hectares of land acquired for the project.
He listed others as the provision of infrastructure and the need for engagement with host communities and stakeholders for support.

Responding, Gov. Makinde noted that the state wanted the Ibadan Dry Port (IDP) project to be operational, assuring that the host state would give the council maximum support for the project.
Makinde welcomed the new NSC boss and his team to the Government House, wishing him a successful tenure as the CEO of the Council.

His words “The IDP is a project after this administration’s heart. We are really interested in the completion of the project. We want to know when we will be able to lift the first cargo from the dry port”.
“Oyo State Government wants to partner with the Council for speedy realisation of the project and as such appeal to Council to bring to the government’s notice those things that they are doing that may impact negatively and vice versa,” he said.
The ES/CEO is in Oyo State on a two-day working visit.