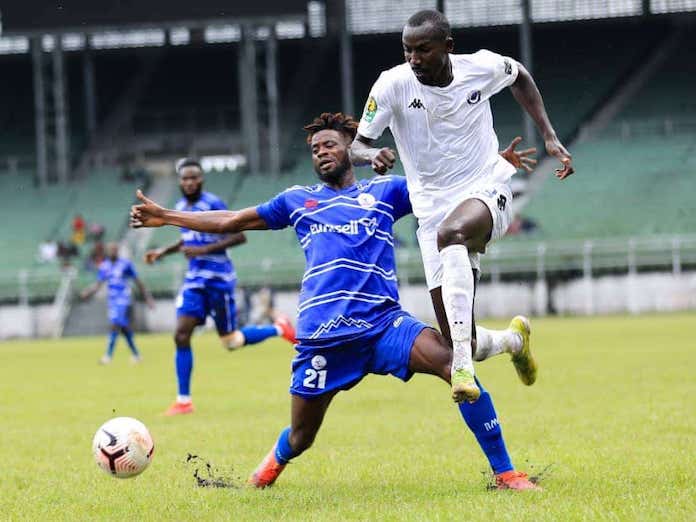 *Rivers Utd crash out, Enyimba progress into playoffs round

Nigeria’s poor run in inter-club campaigns in the continent climaxed yesterday with the elimination of Rivers United FC from this year’s CAF Champions League.

The Pride of Rivers went down after a 1-0 defeat against Sudanese club Al Hilal at the Suez Canal Stadium. Al Hilal won the contest 2-1 on aggregate.

The Sudanese club held Rivers a United to a 1-1 draw in the first leg last weekend in Port Harcourt.

With the defeat, Rivers United will now compete in the play-off round of the CAF Confederation Cup.

Nigeria’s other representatives in the CAF Confederation Cup, Bayelsa United were defeated 4-0 by Tunisian club CS Sfaxien in the second leg of their first round tie on Saturday to crash out 4-1 on aggregate.

The Bayelsa State owned team won the first leg in Yenagoa penultimate Sunday by a slim 1-0 victory before crashing out at the weekend.

Nigeria’s second representatives in the CAF Confederation Cup, Enyimba FC of Aba however proved to be worthy ambassadors as they defeated Senegal’s Diambars 3-0 yesterday to progress into the play-off round.

Playing before their home fans in Aba yesterday, the People’s Elephant won the two-leg contest 4-0 on aggregate having defeated Diambars 1-0 in the first leg last weekend away in Senegal.

Tosin Omoyele fired Enyimba into the lead in the opening minute. The hosts wasted a number of goal scoring chances before Victor Mbaoma added the second a minute after the half hour mark.