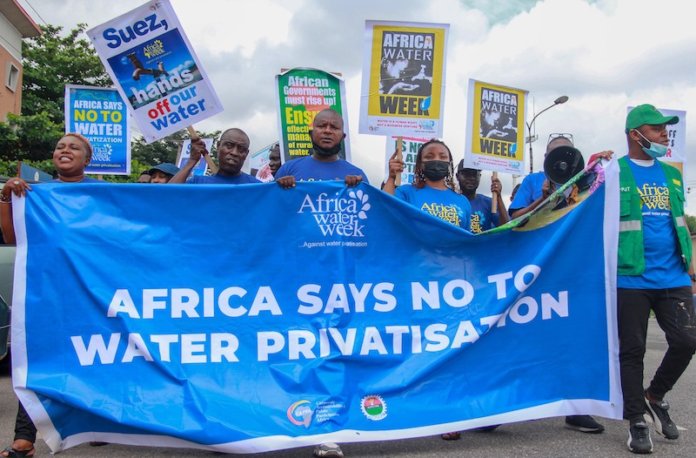 Civil Society Organisations (CSOs) alongside Labour Activists on the platform of the ‘Our Water Our Right’ movement have called on the Lagos State government to reject all forms of corporate control of water and privatisation of water services, including any form of Public-Private Partnerships (PPP) in the sector.

The groups made this call recently through a petition to the Lagos State Government through the Commissioner for Environment, Dr. Tunji Bello, after a protest march to mark the commencement of the Africa Week of Action Against Water Privatisation which is billed for 11 to 15 October 2021.

The groups include the Corporate Accountability and Public Participation Africa (CAPPA), the Amalgamated Union of Public Corporations Civil Service Technical and Recreational Services Employees (AUPCTRE), and the Joint Action Front (JAF), among others.

The protest march which culminated in the delivery of the petition started at the Marwa Gardens with activists chanting solidarity songs and displaying placards with inscriptions such as “Water is not Deal”, “World Bank Stop Pushing Water Privatisation or PPP on Africa”, “World Bank, Take your hands off our water”, etc.

In a speech at the premises of the Lagos State Ministry of Environment, CAPPA Executive Director, Akinbode Oluwafemi said the decision to deliver the petition to the state government was informed by the body language of the government which seems to favour privatisation at a time when there was a growing Afro-wide resistance to privatization.

In the petition to titled, ‘Africa Week of Action Against Water Privatisation – Uphold Human Right to Water’, the group said that it was worried that the Lagos State Government was yet to present its blueprint on how to develop the water sector that will guarantee universal access to the people of Lagos and that comments from some government officials indicate that there was a fixation with the idea of water privatization and the Public Private Partnership (PPP).

“Most of these cities have embraced remunicipalisation, another word for taking back water from privatisers and putting it where it should be, under public and democratic control. Buenos Aires, Berlin, Ghana, Gabon, Jakarta, Paris, Tanzania, and lately Cameroon are some examples to note.”

The likewise asked the state government to respect and protect the livelihood of workers by ensuring safe working conditions, protection from retribution for raising complaints, and investment in salaries and pensions reflective of the public service the workers undertake every day.

They also want the state government to resist pressure from international financial institutions, private water corporations, and other financial actors to commercialise the water sector and, instead, ensure universal access to safe water regardless of the ability to pay.

“To prevent a revolving door or conflict of interest, the state government must prohibit public officials from holding positions in the private water industry for 10 years preceding and after their tenure in the public sector.” 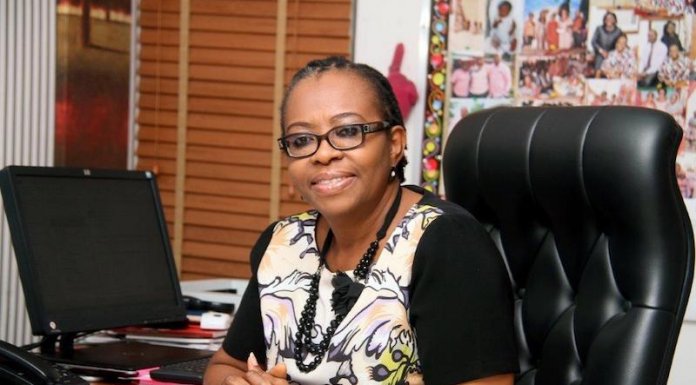