Kunle Somorin writes that with recent conclusion of the state congress of the All Progressives Congress in Ogun State, it may be the end of the road to the political career of the former governor of the state, Senator Ibikunle Amosun

On Saturday, October 16, the All Progressives Congress (APC) state congresses were held across the country. The exercise, which culminated in the election of state executive committees of the party, was largely peaceful and orderly. In Ogun State, party loyalists converged on the MKO Abiola Stadium, approved venue of the state’s APC congress as early as 7:00 am to participate in the crucial internal democratic process.

At the end of the congress, 1,730 delegates from the 236 wards cutting across the 20 local governments, in a consensus arrangement via voice affirmation, unanimously elected Chief Yemi Sanusi as chairman under the supervision of a seven–member organising committee led by Hon. Wale Ohu. Sanusi and other members of the Ogun State APC exco were sworn-in to direct the affairs of the party in the state for the next four years.

However, while members of the party were savouring the success of the congress at the venue, a strange phrase started to filter in from the Ake Palace arcade. Party loyalists were hearing about a “parallel congress” being held in the most mischievous way by a bunch of delusional party misfits led by, of course, a black sheep of the APC who genuine party members are grossly disillusioned with.

The scenario at Ake Palace ground, the official seat of the Alake of Egbaland, Oba Aremu Gbadebo, was horrifying, chaotic and violent. Congregants resorted to a free-for-all, caution was thrown into the wind and gun shots became a tool for political engineering. Insiders said while majority of them preferred to be at the MKO Abiola Stadium where the state congress of the APC approved by the National Extraordinary Convention/Caretaker Committee of the party was being held, the other fraction insisted on the fake congress that they could get ratified by their henchmen in Abuja or at least a situation that could help them to negotiate for a 40-60 per cent with the mainstream.

Following the pandemonium, the primordial base of the Egba people was desecrated by miscreants. According to the State Commissioner of Police Lanre Bankole, on that day, “While men of SWAT team were patrolling round the town to monitor party congress going on, an unregistered Hilux vehicle was sighted with some people whose looks were suspicious inside it. The occupants of the vehicle, on sighting policemen, were trying to conceal something in the vehicle.

“The vehicle was subsequently stopped, and properly searched. One English Berretta pistol with breach no PT 92 AFS with five live ammunition and one locally fabricated revolver were recovered in the vehicle. Arrested were Ibrahim Amoje, Yusuf Azeez, Olaide Sodiq, Adewale Ogundele, Femi Oke and Balogun Olawale.

Already the suspects have volunteered useful information and their sponsors. They would soon have their days in court, but one thing is empirically clear, APC did not designate Ake Palace as a venue of its congress in Ogun. Who authorised Ake and why was the evil plot not checkmated before dissidents unsheathed their swords and guns?

Working against the directive of both President Muhammad Buhari and the party leadership, under the caretaker chairmanship of Governor Mai Mala Buni of Yobe State, was also worrisome. And if APC will walk its talk, there should be no scared cows.

What is equally not in doubt is that many powerful elements in the party do not like to play by the rules. They are sacred cows. Their access to power intoxicates them so much that they believe a walk on the corridors of power exonerates them from reprimand.

It would be recalled that Ibikunle Amosun, a former Governor of the state, was suspended in 2019 by the party for working for the Allied People’s Movement (APM) candidate, Abdulkabir Adekunle Akinlade against the APC candidate, Prince Dapo Abiodun, who eventually won, in the 2019 governorship election. The APC National Working Committee had noted “how the suspended members have continued to campaign openly for other parties and candidates that are unknown to our great party, even while they have constituted themselves to opposition to APC candidates in their respective states.”

Sensing the enragement and irritation of loyal party members at the MKO Abiola Stadium at the conclusion of the congress, Governor Dapo Abiodun took to the stage and rallied the party’s supporters, assuring them that the sham at the Ake Palace was not only a “show of shame”, but bound to be consigned to the trash can of history.

“I’m the Chief Security Officer of the State. I will not allow a breach of the peace of the state. I will deal with that person decisively. I will bring upon them, the full extent of law. I’m the only governor of the state today. For those still living in illusion of grandeur and being deluded, I hope the message is heard loud and clear,” Abiodun warned.

Since his disgraceful anti-party attempt at subverting the will of the people by imposing his puppet on the good people of Ogun State failed at the last general election, the former governor of the state who orchestrated the “naming ceremony”, has been a sore loser.

Nine months after his suspension was announced, Amosun was allowed to come back to the fold in December 2019 to underscore the party’s magnanimity with the hope that he had learnt his lesson.
However, he has shown no remorse whatsoever and would not embrace the inclusiveness offered by Gov. Abiodun.
He only returned to intimidate the caretaker committee of the party that won him his senatorial seat and attempted to unseat them for his loyalists that failed to win the gubernatorial seat for the APM endorsed by him. Needless to say, he lost all the fights in the courts of public opinion and even at the conventional court, up to the Supreme Court level. Desperate and for relevance, he has been doing everything possible to make the state ungovernable for the incumbent governor.

Apparently, with the events of October 16, a leopard can never change its spots!

Expectedly, the national headquarters of the APC has responded firmly to what happened in Ogun and other states during the congresses. Speaking through Sen. John James Akpanudoedehe, National Secretary, APC Caretaker/Extraordinary Convention Planning Committee, the party frowned at the “futile activities very strange to the party” called parallel congresses.

“Only exercises conducted by duly inaugurated State Congress Committees are recognised by the Party. APC leadership will not hesitate to take adequate and lawful measures against any person or interest sabotaging the collective Party’s interest and efforts to achieve peace and unity in our great party,” the statement sternly warned.

As another round of disciplinary action becomes imminent, a slap on the wrist after his favourite pilgrimage to the seat of power can only embolden the senator to experiment with another installment of reckless shenanigans. The APC should rein those painting the party in bad light and fomenting disunity and trouble in before they drag the party down. As fair-weather men, these birds will fly if the branch they are currently perching on falls!

But then, the former governor’s next move is very predictable; he will run to Abuja. One thing should be paramount for progress to be made by real progressives: We can be tolerant but laws are meant to be obeyed and serve as deterrent to aberrant behaviour!

The questions people are waiting for answers to are legion but not limited to: what our stand is on parallel congresses and the associated chaos in many states? Why do people indulge in unbridled expansionism as being insinuated in Oyo State with Amosun indicted? Will APC walk its talk? Why is APC prevaricating and playing double standard on matters bothering on party discipline? Is the party interested in enthroning the supremacy of the party or operating like we live in a predatory age?

Is Amosun, like his colleagues in other states such as Enugu, Osun, Kwara, Akwa Ibom, Kano, Niger, Lagos and Abia among others, going to ride roughshod to actualise their hidden agenda through the backdoor? Which of their desperate toxicity would prove costly to the APC?

The party should not wait to find out. Act now! 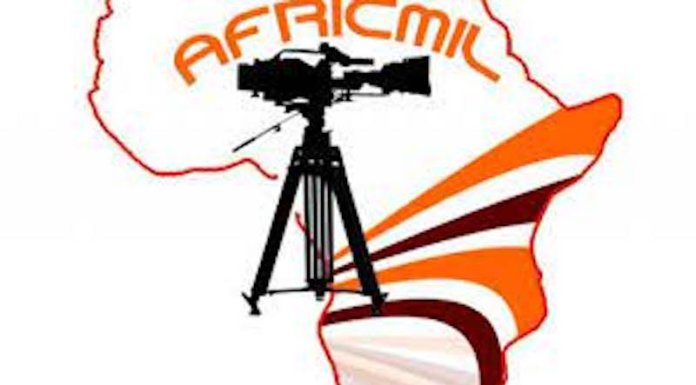