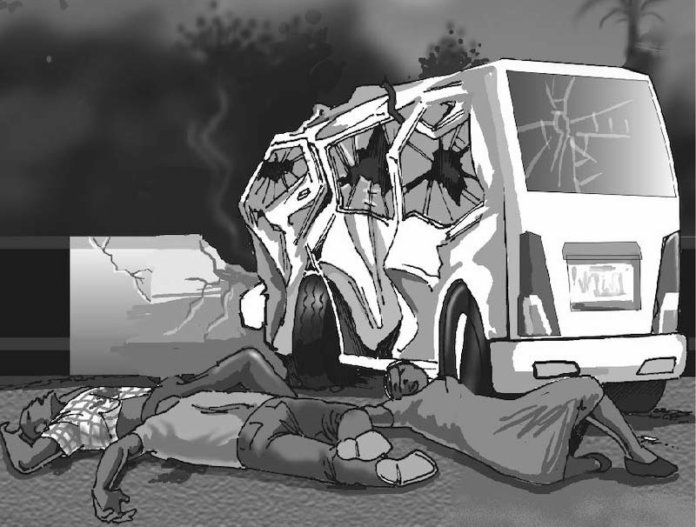 The incident it was gathered was caused by wrongful over-taking by the drivers of the two buses on the road. It was learnt that the multiple crash occurred around 6.30 pm at Onipako village, involved two vehicles.

According to the State Sector Commander of the Federal Road Safety Corps (FRSC), Jonathan Owoade, there were 26 people involved in the accident, 20 males and six females.

He said that all the six females involved in the crash died.
Owoade, who said that 15 people injured in the crash were males, added that they suffered varying degrees of fracture and others.

The FRSC boss said that the corpses had been deposited at the University of Ilorin Teaching Hospital (UITH), Ilorin, adding the injured were taken to Jebba medical centre and Emmanuel hospital, Jebba. He said that his team controlled the traffic and later cleared obstruction.