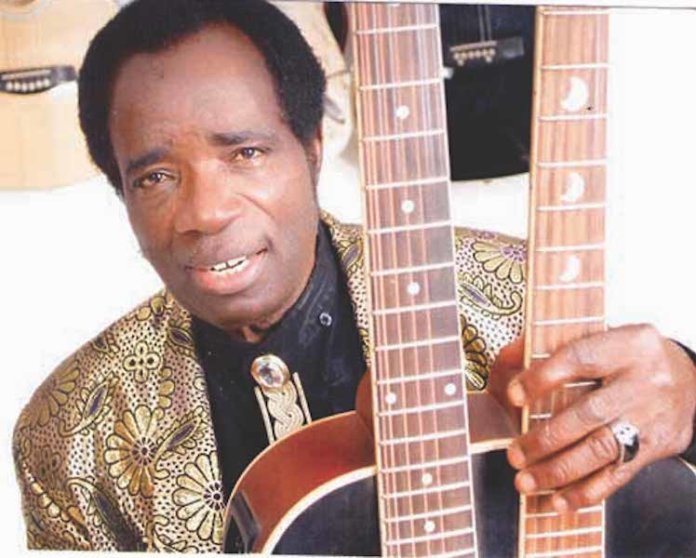 Obaseki while giving his remarks at the Ogbe High Court of the Samuel Ogbemudia Stadium, Benin, said the death of the musical icon marked the end of an era and the beginning of another in the music industry in the state.

He said as a mark of honour to the “Joromi” crooner, he was going to name the Edo Creative Hub, when completed, after him.

Obaseki said the hub was well equipped with the state-of-the-art musical equipment that would promote the entertainment industry in the state.

On his part, the immediate past governor of the state, Oshiomhole, described late Uwaifo as a man with the typical Edo spirit, noting that he did not only entertain the people of the state but placed Edo State and Nigeria on the world map.

Oshiomhole said the music legend was a self-made man believing that every young Edo was inspired by his work.

According to Okoroji, every event in Lagos had been put on hold in honour of Sir Victor Uwaifo.
He said Uwaifo was a great musician who had made a name for himself and would be greatly missed by all.

Commenting also, Tee-Mac, said he knew the late Uwaifo far back 1970 and that he was a detribalised Nigerian who had a way of relating with everyone both great and small.
To demonstrate that, he played his flute in honour of Uwaifo.