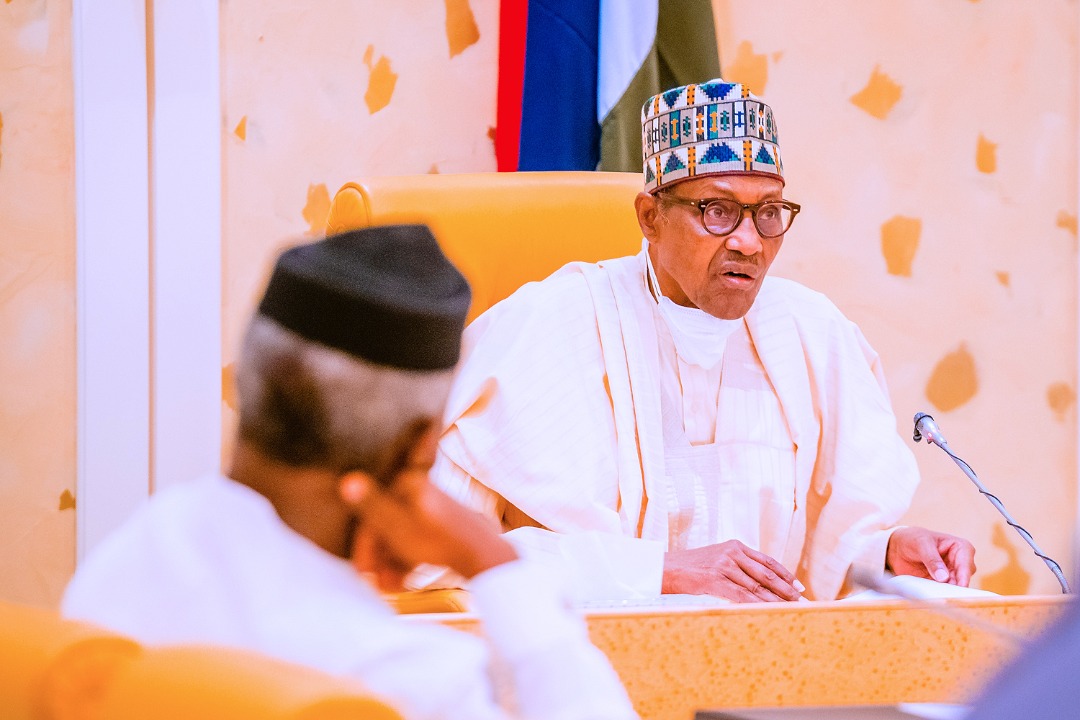 The federal government has approved the execution of N86.6 billion worth of contracts in the ministries of Aviation as well as Works and Housing.

It also approved the draft national policy on Internally Displaced Persons (IDPs) just as the Works and Housing Minister, Babatunde Fashola yesterday canvassed for the setting up of road maintenance contingency fund to cater for the repairs of federal highways across the country.

The Federal Executive Council (FEC) gave the approvals at its Wednesday’s weekly meeting presided over by President Muhammadu Buhari at the State House, Abuja.

Fashola, who briefed newsmen after the FEC meeting, said Council approved for the Ministry of Works and Housing, contract for the dualisation of the Odukpani-Itu-Ikot Ekpene road at the cost of N79.649 billion.

He explained that the contract was for the section from Oku Iboku Power Plant to Abak of about 26 kilometre stretch.

According to him: “The Ministry of Works and Housing presented the memorandum for the completion of the dualisation of the Odukpani-Itu-Ikot Ekpene road. And this is in relation to the section from Oku Iboku Power Plant to Abak of about 26 kilometre stretch.

“Council approved the award to Messers Sematech Nigeria Limited for N79.649 billion to be executed over 16 months. So, this will help complete the dualisation gaps between the one awarded to Julius Berger and the section awarded to CCECC. “When this is done, motorists in that area will now have an option of the dual carriageway instead of the existing single carriageway.

“And this is in recognition of the heavy cargo that passes through that area from the South-south through to the North central, Benue through Katsina Ala through to the South east to Abia. It is a very important trade link for the country.”

Part of the road project had in 2020 been awarded at the N54 billion.

Giving an update on the 2020 contract award for the same project, Fashola regretted that there had been paucity fund to implement the project.

He said: “Okay, first of all, it’s important for us to have a common understanding of the area, that is the rain forest area of Nigeria, mangrove areas, very high water table and rains in seven, eight months of the year.

“So, when we awarded the first section, from Odukpani-Itu to Julius Berger in 2016, they could not move to site because of the limited budgetary requisitions.

“So, that slowed down work in that area and they didn’t move to site until 2018. And the second section, which was from Abak to Ikot Ikot Ekpene was awarded in last year, February 2020. We have had to mobilise some Suku resources to the area.

“Sometimes last year, you might recall that I was there visiting with the governor, I actually went twice and we focused first on the link road from Alese Ugep area because that was a very big bad one, that one use to take like, three, four days to traverse a 70 kilometer road.

“Now, we have that under control, resolved, motorable in the first phase to Odukpani. That has reduced the journey time there to less than two hours, from days. So, again, it’s a work in progress.

“We’re still challenged by resources. What we can mobilise there when you look at the contract amounts is about N54 billion, as you rightly pointed out, we have about N4 billion, N5 billion in the Suku. And if you look at this year’s budget for the whole area, the amount approved by parliament was N100 million.

“So, again, we’re hoping that we can fund this one, because we’ve proposed it for this year’s Sukuk. So, these are the challenges that we face.

We mobilised the contractors. Now is to keep them resourced and financed so that they can do the work, especially during the forthcoming dry season.”

He added: “So, when you see the Minister of Finance, talking about the deficit that needs to be financed by borrowing, this is what is largely deployed to. But it’s just not enough because almost all of what was left undone for about two decades, we’ve inherited it, and we ask for the job and we commit to doing it.”

Fashola blamed the collapsed of a section of the Lokoja-Kabba road on natural causes.

On her part, Minister of Humanitarian Affairs Disaster Management, Social Development, Sadiya Farouk, said the council approved a memo for the approval of the draft national policy on internally displaced persons in Nigeria.