Wike: The Big Picture is More Important 56 mins ago

Will the People’s Constitution Save Nigeria from Disintegration? 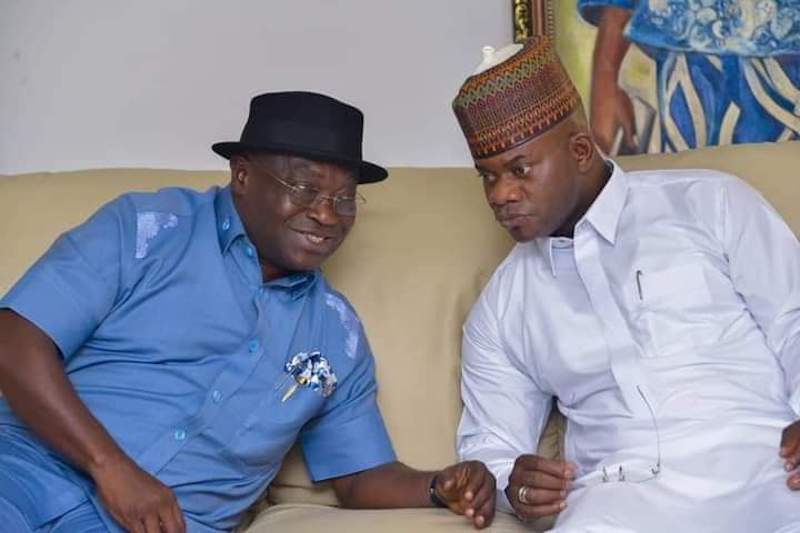 A people’s constitution seems to be the panacea to Nigeria’s numerous challenges but the modalities of its enactment have remained controversial, Vanessa Obioha reports

The call to restructure Nigeria has been a daily hum since this administration returned for a second term. All over the country, from the North, East, West and South, political and religious leaders are clamouring for a radical change in the structure of the country that will give every Nigerian a sense of belonging.

To begin this process of restructuring the country, agitators argue that the 1999 Constitution must be revisited. Seen as a flawed document imposed on the people by a military regime, the constitution has been subjected to varying degrees of criticisms. For instance, some call for devolution of powers from the central government to states, while others call for regional control over resources. To other disenchanted groups, restructuring only means having their own independent nations. Some believe that the country does not need to restructure.

They argue that Nigerians should restructure their minds; that is, by sowing the seed of unity right from their community, instead of discord. President Muhammadu Buhari is in the last category. He has consistently disregarded the notion of restructuring, describing those agitating for it as naive.

The differing views on restructuring make the term such an ambiguous word in Nigerian politics. To be sure, restructuring can be best described as a transition from a lopsided federal political structure to true federalism characterised by political inclusiveness, people-oriented constitutional amendments, resource control, transparent electoral process, political representation, protection of lives and properties, and building of enduring political infrastructure.

Another definition considers the term as a constitution review strategy aimed at helping the central government shed some of its powers and responsibilities and granting implementation to constituent units. It is aimed at bringing the government as close as possible to the people at the grassroots.

Yet, despite these cries, there has been no concrete evidence that the discourse is advancing, rather Nigeria appears stuck in a whirlpool.

This is not the first time the 1999 Constitution has been subjected to scrutiny. Since the 1960s, the Nigerian constitution has undergone one amendment or the other. In 2014, during former President Goodluck Jonathan’s administration, a national conference was inaugurated to amend the lopsided sections of the constitution. With the state of the nation caused by increased insecurity and economic challenges, similar actions were taken recently by a Senate committee spearheading the process but the response in addressing the over 200 memoranda it received has not been swift.

Offering his views on the clamour for a people’s constitution at the fifth edition of The Osasu Show (TOS) Symposium in Abuja, a former Attorney-General of the Federation, Mohammed Adoke plumbed the theme ‘State of the Nation and the People’s Constitution.’

In his argument, the former AGF highlighted four pertinent issues plaguing the nation. They include the structure of the state and the devolution of powers, political marginalisation which he said is not peculiar to geopolitical considerations, but extends also to the religious divide within the country, especially between Christians and Muslims; separatists and resource control agitations.

However, to effectively tackle these problems, Adoke proffered making a people’s constitution and promoting good governance in the polity. He argued that the majority of Nigerians believe that the 1999 Constitution is faulty and is responsible for the hydra-headed problems Nigeria faces today, a view that Governor Okezie Ikpeazu of Abia State, a participant in the symposium, also expressed.

“The proponents of this view refer to the preamble to the constitution which states that ‘We, the People of the Federal Republic of Nigeria having firmly and solemnly resolved…’ as fraudulent since the ‘people’ were not consulted by the military before the constitution was enacted,” Adoke said.

He also pointed out that the absence of a Constituent Assembly made up of elected representatives of the people or a referendum that could have validated the constitution is also a reason many lack faith in the 1999 document.

Ikpeazu, on his part, said that the challenge confronting leaders is how they can remobilise Nigerians to move forward because according to him, the people mistrust leaders.

“We seem to have put the same set of people in the fore to give us a new constitution, which in my opinion amounts to putting new wine in an old skin. As we move toward drafting or amending our constitution, who are the people of Nigeria?”

Describing the people’s constitution as a form of identity and ownership to the people, Adoke, therefore, said that the process of making such a constitution must include the language of the people. He cited examples of the Tanzanian constitution, which is written in the country’s original language Swahili, and South Africa’s translated in the indigenous languages of the country.

But with the cultural diversity of Nigeria, this approach seems dead on arrival. How would the Igbo man feel if the Yoruba language was adopted as the language of the constitution, or the Hausa man if the Yoruba language was the ideal? What about the minority groups such as Ibibio, Ijaw and Bini? Will they be contented to see their language relegated? Adoke seemingly agreed that it is nearly impossible to have the constitution written in an indigenous language.

A proper dialogue between the people and the leaders is relevant in creating the people’s constitution. Adoke raised more questions in his speech. While he referred to the efforts by Jonathan’s administration as well as the seventh, eighth and ninth national assemblies, as pockets of successes in amending some parts of the constitution to give a sense of belonging to minority groups, he noted that the first to the fourth alteration to the constitution showed that with the requisite political will, the elected representatives can help in drafting the people’s constitution.

The main conundrum is in the process of enacting a people’s constitution. The eminent lawyer asked some provocative questions such as: “Will the mere convoking of a sovereign national conference to discuss all the contending issues in the federation suffice? What should be the role of the National Assembly in the constitution-making process? Do we still need to convoke a Sovereign National Conference with an elected National Assembly in place?”

“Closely related to this issue,” he continued, “is the question as to whether a constitution made by the National Assembly needs to be subjected to a referendum to ascertain that it emanates from the people? Furthermore, having come together to make the people’s constitution, should the constitution contain provisions for dealing with the separatist agitations of the people who may no longer wish to be part of the federation? These are pertinent questions that Nigerians must answer in our quest to evolve a people’s constitution.”

In areas of governance, Adoke proposed the enthronement of good governance in the polity. He noted that separatist agitations, protests for regional resource control and political marginalisation are products of bad governance. He also listed the low standard of education, poverty and its attendants as contributors to the increased insecurity in the country.

“The Nigerian Constitution does provide some kind of blueprint for good governance that seeks to address some of these concerns in the Fundamental Objectives and Directive Principles of State Policy in Chapter 2. It is however limited by its non-justiciability.”

He argued that the people’s constitution must factor in this clause while citing examples from South Africa and Ghana that Nigeria can learn from.

A critical point raised by Adoke is the leadership recruitment process. Political leadership is arguably the most perturbing issue confronting most African countries, specifically Nigeria. The distrust in the electoral process is an attributing factor to the growing sense of disunity in the country. For Adoke, the specific issues that need to be addressed in this regard by the people’s constitution are the elections and the law governing them.

While he sees the people’s constitution as a way out, he doubts if it will be a lasting panacea to Nigeria’s numerous challenges. Rather, he proposed a combination of a constitution that works for the people — able to accommodate all the competing interests and diversities — and good governance on the part of the political leadership.

However, Governor Yahaya Bello of Kogi State opposed the idea, describing the clamour for a new constitution as unrealistic because there will always be issues with foundational constitutions and it is not peculiar to Nigeria. Like Buhari, he believes that the unity of the country is paramount.