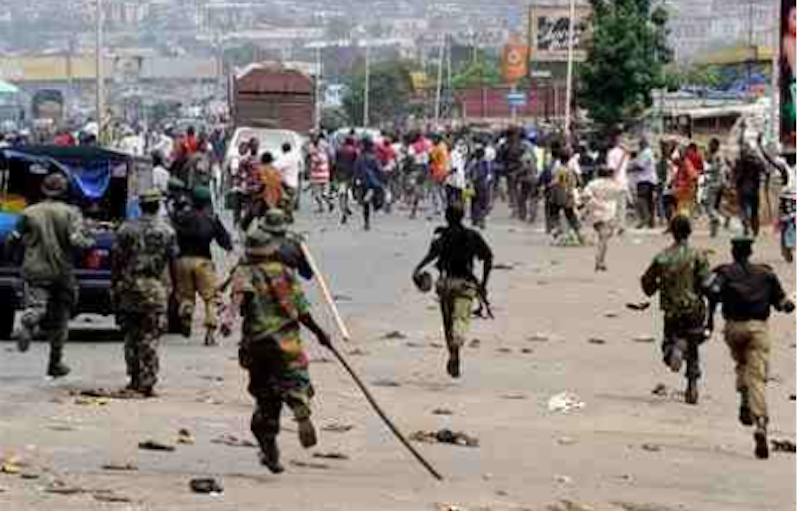 No fewer than 3,868 persons were killed in different states of Nigeria between January and June 2021, a mid-year report by an international human rights organisation based in Washington DC, Global Rights, has revealed.

The group, which tracks daily incidents of mass atrocities across the country, also put the number of persons who were abducted within the timeframe at 3,016, a 79.6 per cent increase compared to 615 incidents recorded within the same period in 2020.

These were revealed in the Mass Atrocities Casualties Tracking, a publication of Global Rights, obtained by THISDAY at the weekend, which highlighted the deteriorating security conditions in the country when compared with the 2020 incidents.

In aggregate, the report put the total number of casualties for the mass atrocities that occurred between January and June 2021 at 3,868, representing an increase of 54.5 per cent, compared with 2,503 cases recorded within the same timeframe in 2020.

In 2020, however, the report indicated that 415 violent killing incidents were recorded in January; 374 in February; 353 in March; 274 in April; 356 in May, and 731 in June, bringing it to an aggregate of 2,503 killing cases in the first six months of 2020.
In terms of abduction, the report revealed an unprecedented increase in the number of kidnapped victims, which steadily surged from 615 incidents in the first six months of 2020 to 3,016 incidents within the same timeframe in 2020.

While only 2,002 incidents of abduction were recorded all through the previous year, the new report put the mid-year incidents in the subsisting year at 3,016, supporting claims of analysts that kidnapping had become a multimillion Naira industry in the country.
In the current year, as revealed in the report, 366 persons were abducted in January; 808 in February; 600 in March; 407 in April; 489 in May, and 346 in June, which showed an uneven progression in the cases of abduction in 2021.

Also, in the previous year, 306 incidents of abduction were documented in January; 207 in February; 34 in March; 16 in April; 34 in May, and 18 in June, which revealed a sharp regression at the height of COVID-19 lockdown and restriction.

From 24 incidents in July 2020 after the ease of the lockdown, there was an unparalleled trigger in the frequency of abduction with 224 cases recorded in August; 209 in September; 166 in October; 290 in November, and 411 in December.

In its 2020 report, Global Rights had claimed that Nigeria’s sub-national governments had lost confidence in the capacity of the federal government to provide security amid rising cases of mass atrocities that claimed 4,558 lives nationwide in 2020.

It had also claimed that the reported cases of mass atrocities in 2020 represented a 42.9 per cent increase above 3,188 incidents recorded nationwide in 2019, thereby making 2020 a brutal year for most Nigerians amid the outbreaks of COVID-19 and the eruption of #EndSARS protests

In an interview with THISDAY on Friday night, Williams acknowledged that the frequency of violent killing and abduction had come down substantially in the South-west states following the inauguration of the Western Nigeria Security Network code-named Operation Amotekun.

The retired general argued that security challenges in the federation could only be addressed from the community level to the federal level, noting that the current policing system could no longer guarantee the safety of life and property.

Williams, therefore, challenged the northern governors to take a cue from their counterparts in the South and come up with a policing arrangement to address the rising incidence of banditry, criminality, and terrorism in the North at large.

Also recommending how incidents of violent killings and abduction can be minimised in the country, President, White Ink Institute for Strategy Education and Research (WISER), Brig-Gen Saleh Bala first blamed the situation on the poor capacity of the governments to effectively provide security for the citizens.

Bala explained that the ethnic, religious, and regional agitations based on the strategy of subterfuge on government by ethnic irredentists posing as secessionists and freedom fighters had culminated in apathy amongst the people and with recourse to negating state power through violence.

He lamented that the rate of abduction in the northern region “has grown certainly with the new strategy of the mass abduction of villagers and school children. This is because the bandits have realised that such mass operation draws a higher premium than with single or fewer abducted individuals.

“All these are a result of poor government capacity in terms of manpower and operational resources to dominate the national terrain and effectively made it impregnable, difficult for criminal elements to enjoy the freedom of action.”