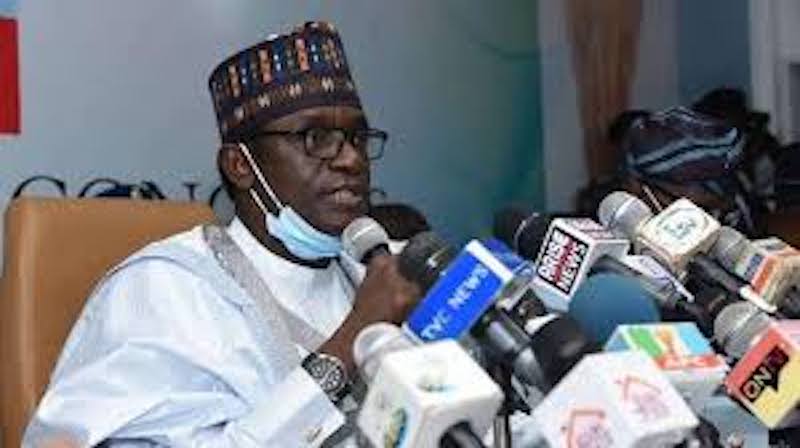 The Governor Mai Mala Buni-led National Caretaker/Extraordinary Convention Planning Committee of the All Progressives Congress (APC) may face fresh challenges following the committee’s recent revelation that the party would favour consensus option for the election of its officials at all levels to reduce acrimony, THISDAY’s investigation has revealed.

THISDAY gathered that the political camps of the two former Governors of Nasarawa State, Mr. Umaru Tanko Al-Makura; Senator Abdullahi Adamu, and their counterpart from Benue State, Senator George Akume have insisted that the party should conduct the election for the emergence of its national chairman.
Al-Makura, Adamu, and Akume are the leading contenders for the position of the national chairman of the ruling party.

The National Secretary of the Buni-led APC committee, Senator John Akpanudoedehe, had reportedly stated that the party was recommending the consensus option for the election of its officials at all levels to reduce acrimony.

Reacting to agitations by some state chapters of the party to have what they described as a proper election, Akpanudoedehe had explained that the party leadership was dealing with the issue of integrating incoming and already established members as well as accommodating their various interests.
“We have more and more governors from opposition political parties, especially the PDP, who are coming to join us with thousands of their supporters; we have to make room for them.

“While doing so, we don’t want to take steps to push out those who are already within.
“We are encouraging states to adopt the consensus arrangement because it saves costs and reduces acrimony. That is why when you look at Article 20 of our constitution which talks about elections, the first thing there is for members to try reaching a consensus. When that fails, then you go to cast ballots,” he had reportedly said.

The ruling party had promised to shock the main opposition party, the Peoples Democratic Party (PDP) by adopting consensus to elect its presidential candidate for the 2023 general election.
But the political camps of Al-Makura, Adamu, and Akume, who feared that the party would also apply the same consensus option to elect its national chairman, have expressed their opposition to the option of a consensus national chairman.

One of the campaign managers of Al-Makura, who is a member of the House of Representatives, told THISDAY that the option of a consensus national chairman would not be acceptable to his principal.
He explained that consensus arrangement is a ploy by those who are afraid of election to impose a national chairman on the party.

“This is democracy. Let us go to the convention and let a popular candidate win. An election is all about winners and losers. You can’t win all the time.

“The winner will always do the needful by commencing reconciliation processes after his victory. But to impose a candidate as a consensus option will be resisted,” he explained.
Speaking in the same manner, one of the campaign managers of Adamu also told THISDAY that the idea of a consensus in the election of the APC national chairman of the APC would defeat the idea of freedom of choice that defines democracy.

He said that the consensus option advocated by the national secretary of APC was nothing but a smokescreen to impose unpopular persons as members of the ruling party, insisting that, “if you are popular, please come out and contest as we are ready to oppose this idea of a consensus.”
Also, an official of Akume’s camp told THISDAY that the Minister of Special Duties would only accept proper election.

He said that “to do otherwise is to invite crisis for anyone so appointed as a consensus national chairman.”
According to him, “the PDP in all its troubles conducted an elective national convention that eventually produced Prince Uche Secondus”, and wondered what the ruling party is planning to avoid.

Meanwhile, a group that called itself APC stakeholders has objected to the idea of having a former governor as the national chairman of the party, explaining that former governors are not good managers of men.

In a communiqué issued at the end of their meeting, which was signed by Musa Musawa and Adamu Kaguru and Wahab Omolori, the APC stakeholders cautioned against allowing a former governor to emerge as national chairman.

The group argued that ex-governors tend to behave as if they still have executive powers.
“We know what led to the formation of the Caretaker/Extraordinary National Convention Planning Committee. We know also what the party was about to face before the intervention. Let us be guided before making another mistake.

“We have nothing against the former governors as members of the APC but we are worried about the modus operandi in running of political parties. They tend to behave as if they are still executive governors.
“They brook no opposing view; the APC cannot survive their type of leadership in a post-Muhammadu Buhari era.”