Shades of a Tragic Hero 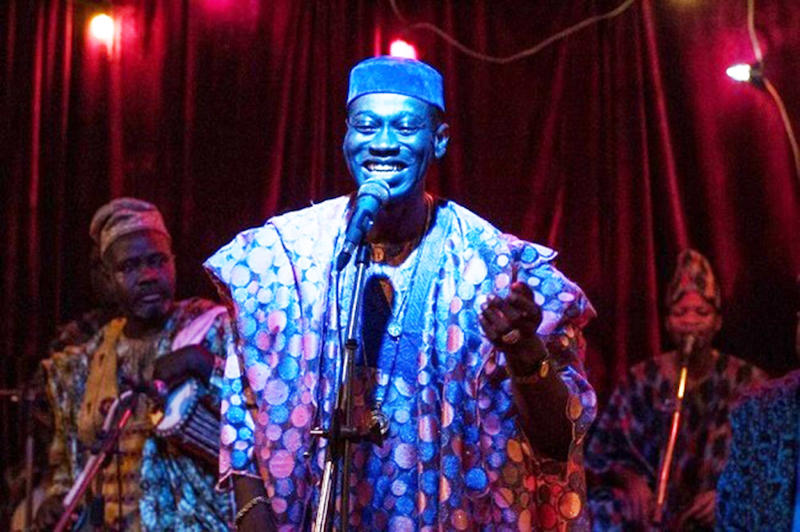 A beat freak would certainly move to the signature drums that often precedes the music of the original bad boy of Apala music, Ayinla Omowura. Also known by the moniker Anigilaje, he was a successful musician who lived a troubled and flamboyant life in his Abeokuta roots. Born in Itoko, Ayinla built a music empire and battled for supremacy on and off the stage all his life.

Sponsored by a first-generation bank, the movie tells the story of a tragic hero-Ayinla- with a tragic flaw, short-temper. Through the plot development, Ayinla is revealed as an uneducated but extremely talented musician, whose music transcended the boundaries of Egbaland to become one of the most-sought after artists in Nigeria of the period. Signed by EMI Records, the stage was set for his first international tour in London. His manager, Bayowa (Debo Adebayo) developed into a villain when conflict ensued between him and Ayinla. A tinge of romance was brought to the plot as Ayinla’s personal was peeled in layers-revealing a generous spirit with philandering exploits.

Ayinla’s shows were often marked by violence and thug invasion which is all-too familiar to the fans of hip-hop music. No doubt, artists’ rivalry is rife in popular music and Apala scene of the 70s and 80s was not an exception. For the Egbas and the Yoruba folks in general, Apala represents what rap is to Queens (New York)- a cultural staple. Although most of artists’ rivalry ended up as studio beef songs, some artists take it beyond the artistic to the sanguinary.

As an artist, Ayinla was a subject of interest to the media as portrayed in the characters of Jaiye and other journalists depicted in the movie who attempted to interview and report on his life and music. The movie also demonstrates the essential roles that culture journalists play in documenting artists and why painstaking research is key to getting the job done. Ayinla the outlaw was also captured in the visual narrative as the focus was on his antics with the masquerade, alcohol, drugs, amulet and the metaphysical came into view. His love for the good life could be gleaned from his moments at the pub and with his women.

The most incredible feat for the movie director was to pick an actor that could interprete the Ayinla persona almost to perfection. Adedimeji took on the character and owned it. His costumes and accessories also synced into the way he internalised the role. He had the right stage presence at the rehearsal and performance scenes and spoke with the distinct Egba accent which added some comical flavour to his delivery of the lines.

This is perhaps Oladimeji’s best acting yet and he’d better start drafting acceptance speeches for awards that the role would likely fetch him. Quite unmissable is the sound quality and editing of the movie. One couldn’t expect anything less from the director of classic movies such as O leku, Thunderbolt, Saworo Ide, Ti Oluwa Nile, Koseegbe, Dazzling Mirage, Agogo Ewo amongst others.

Although Kelani is not a newcomer to period dramas, one of the greatest challenges for the filmmaker was to recreate a story of four decades ago with historical integrity. Costume was a huge challenge for the extras in the movie as some of them were sporting lace fabric designs of the 90s and 2000s.

A female dancer even wore an ‘oleku’ (short sleeved buba) made of ankara that was stoned around the neckline, which was a fad just a few years ago. This is a clear indication for the vacuum of period costumes merchandise in the Nigerian movie industry.

Rated 15, Ayinla biopic threw up themes of shattered dreams and fatality with potent lessons for young artists who often get into brawls and rivalry. Surprisingly, his music has survived through the decades and many cinema audiences echoed the lyrics of some of his hits such as ‘Owo Tuntun,’ ‘Owo Udoji’ and other songs that are considered as socio-political commentaries that are still relevant today. For whatever reasons, the scene many seemed to be waiting for was where the elated Ayinla declared, “Serve them Round.’’ Nigerian movie scene needs more music biopic to bridge the gap between the academic and practice.