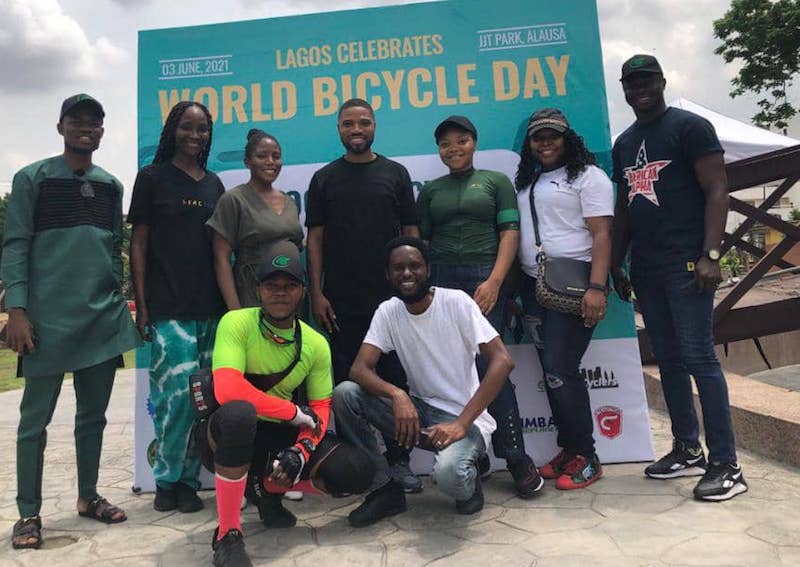 To improve air quality and safe roads in Lagos State the “Let’s Get Lagos Moving” campaign group has championed stronger Non-Motorised Transport (NMT) policy, provisions and mobility like cycling to the existing law.

The NMT provisions will include more robust NMT provisions, affordability, and integration of the informal sector among others. This was made known at the World Bicycle Day on June 3 this year at Alausa Ikeja.

The Executive Director, Lagos Urban Dev Initiative, Mrs. Olamide Udoma-Ejorh, harped on the health benefits of cycling. She said that the poorest urban sector that often cannot afford private vehicles walking and cycling can provide a form of transport while reducing the risk of heart disease, stroke, certain cancers, diabetes, and even death.

“According to the World Health Organisation (WHO), safe infrastructure for walking and cycling is also a pathway for achieving greater health equity. At all ages, the benefits of being physically active outweighs potential harm, for example through accidents,” she emphasised.

Udoma-Ejorh also hinted on the effects of improved active transport as not only healthy but also equitable and cost-effective. Worldwide, she continued, amid the COVID-19 pandemic cycling has proven to be the better mode of transport, “affordable, environment-friendly, and healthy”.

For the ED, meeting the needs of people who walk and cycle continues to be a critical part of the mobility solution in the state. “This will help us de-couple population growth from increased emissions, and to improve air quality and road safety.”

Other advantages of bicycles to the environment she listed are: contributes to cleaner air, less congestion, and makes education, health care and other social services more accessible to the most vulnerable populations.

In her perspective, cycling is a sustainable transport system that promotes economic growth, reduces inequalities while bolstering the fight against climate change is critical to achieving the goals of Lagos State as well as the Sustainable Development Goals (SDGs).

While noting that the policy had been approved by the State Governor, Babajide Sanwo-Olu, the deputy director said it aims to develop effective infrastructure for pedestrian and cycling traffic.

He added: “This will be incorporated into the Transport Law, which the Lagos State House of Assembly is about to enact.

“Governor Babajide Sanwo-Olu approved the policy last September. It now requires the legislative part of it. We want to make sure the policy is properly enforced into law for the cyclists. And we are hoping to wrap it up before the end of the year.”