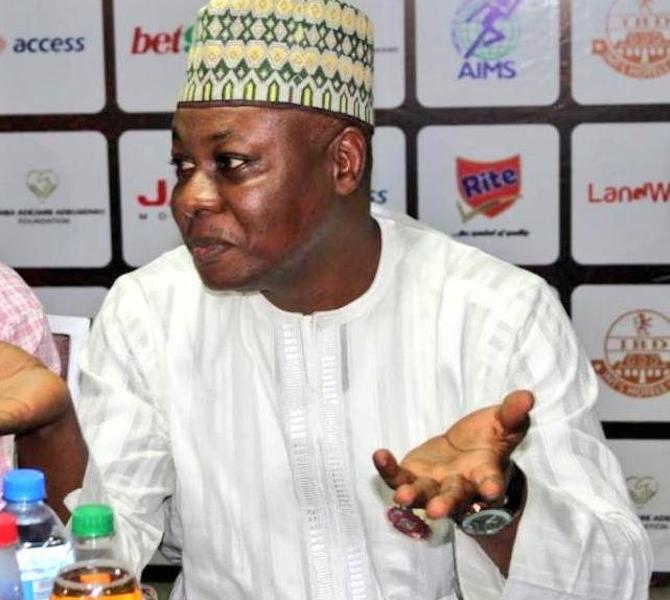 The Athletics Federation of Nigeria (AFN) under the leadership of Engr Ibrahim Shehu Gusau has announced that any election planned for Abuja will be null and voided in line with the agreement between the World Athletics, the Confederation of African Athletics (CAA) and the AFN statement stressed.

According to the AFN President, Engr Ibrahim Shehu Gusau, the claim that World Athletics rejected the amended Constitution of the AFN was false, malicious with the sole intention of scuttling the roadmap for the 2021 AFN elections slated for Kebbi State.

“The claim by these other people that the World Athletics has rejected the amended constitution is false and intended to deceive the delegates and the Athletics family.

“It is in recognition and acceptance of the amended Constitution that the world body reflected and still has Mr Siminialayi Young Pepple as the Director General of the AFN, with Engr. Gusau as President,” the AFN statement announced.

Hence, any congress not convened by the President will be termed illegal and decisions taken therein will be null, void and of no consequence.

“Furthermore, it is on record that the July 1, 2020 ruling by His Lordship, Hon. Justice A. I. Chikere, in suit number FHC/ABJ/CS/113/2020 between Hon. Engr. Ibrahim Shehu Gusau, Ph.D (Plaintiff) and Hon. Minister of Youth & Sports Development, Federal Ministry of Youth & Sports Development, Prince Adisa A. Beyioku and Mr Olamide George (Defendants) gave an order of perpetual injunction restraining the Defendants from taking any or further actions/steps that undermine the powers of the plaintiff under the Constitution of the AFN as the President, including the powers to convene the Congress of the AFN.

After the reconciliatory meeting held in Abuja, the Minister of Youth and Sports, Sunday Dare thanked the CAA for their prompt response to the resolutions of the AFN crisis in a letter dated April 30, 2021,

“In line with this Development, the Federal Ministry of Youth and Sports Development (FMYSD), the supervisory body for all sports in Nigeria affirm our commitment to the resolutions and we will support the AFN to hold its Annual General Congress on June 14, 2021guided by the AFN constitution of 16 November 2017, while we await the responses of CAA and WA”, Dare stated.

Gusau wondered why rulings of the High Court and Appeal Court are being flagrantly disobeyed with impunity with the flimsy excuse that the Appeal Court judgment has been appealed against at the Supreme Court.

“This is very laughable and an affront to the legal system of the country. Those behind the disobedience of court judgments/rulings in the AFN matter will sooner or later be made to face the full wrath of the law to serve as a deterrent to others who see themselves as being above the law”, Gusau concluded.