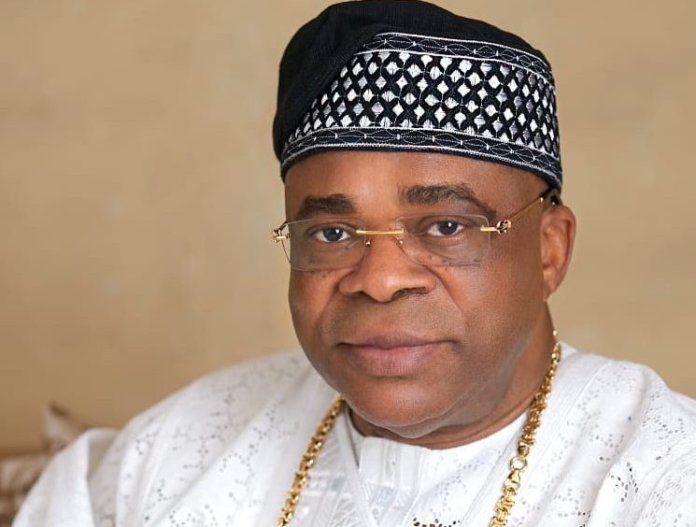 The construction firm handling the Ibadan Circular road, ENL Consortium Limited, has kicked against the termination of the contract by Governor Seyi Makinde.

He alleged that the refusal of the state government to write the letter of continuity to its foreign lender would cost the state N10.6 billion as compensation to it.

Makinde had terminated the contract which was awarded to the firm in 2017, for an alleged delay in delivering the road.

But the Chairman of the firm, Prince Adesuyi Haastrup, while speaking with journalists in Ibadan, put the total liability to the state government at N10.6 billion, warning that the government must pay the liability to avoid being dragged before a London arbitration court.

The former Osun State deputy governor laid the blame for the delay in delivering on the road at the door step of the Oyo State government, disclosing that all the appeals made to the Makinde-led administration to write a letter of continuity to the foreign lender funding the contract fell on deaf ears.

According to him, the letter was to assure the foreign lender that the new administration which came into office in 2019, was fully in support of the project despite the change of government, stating that the liability incurred by the government include N3.9 billion already expended on the project and N6.7 billion penalty being 10 per cent of the total contract sum in case of such termination.

Haastrup said the terms were clearly stated in the contract signed by both parties in 2017, insisting that his firm would remain on site until the sum is paid.

The contract was for a 32-kilometre road starting near the First Technical University on the Lagos-Ibadan expressway and terminating at Badeku village on the Ibadan-Ife expressway.

The road was designed as a bypass for travellers from Lagos passing through Ibadan to other parts of the country through Ibadan-Ife Road.

It was awarded by the late governor, Senator Abiola Ajimobi for a sum of N67 billion on a Build Operate and Transfer (BOT) basis for 25 years.

It was learnt that the state government did not incur any cost on the project but due to the slow pace of work on the road, Makinde, who succeeded Ajimobi in 2019, terminated the contract.

The governor had visited the project site in late 2019 during which he directed the contractor to stop work, stating that the government had invested billions of naira on the road project but without a commensurate work achieved by ENL Ltd.

It was further learnt that after he realised that the government did not commit any fund to the project, he allowed the firm to continue with its work but with the condition that it must deliver in six months.

After one year of work on the project, Governor Makinde terminated the contract in March this year, disclosing that there were better firms that could deliver at the agreed length of time.

It was gathered that government has already advertised the job.

Haastrup said his firm would not leave the site until the government meets the terms of the agreement which include offsetting the N3.9 billion spent on the project and the N6.7 billion penalty for terminating the contract.

Also speaking on the development, a director of the firm, Chief Moyo Adewuyi, enjoined Governor Makinde to eschew any animosity between himself and the former governor and think about the interest of the state.