For the Record: Buhari’s Independence Day Address to the Nation (Full Speech) 15 hours ago

Buhari: We’ve Made Appreciable Progress But Not Yet at Our Destination 16 hours ago 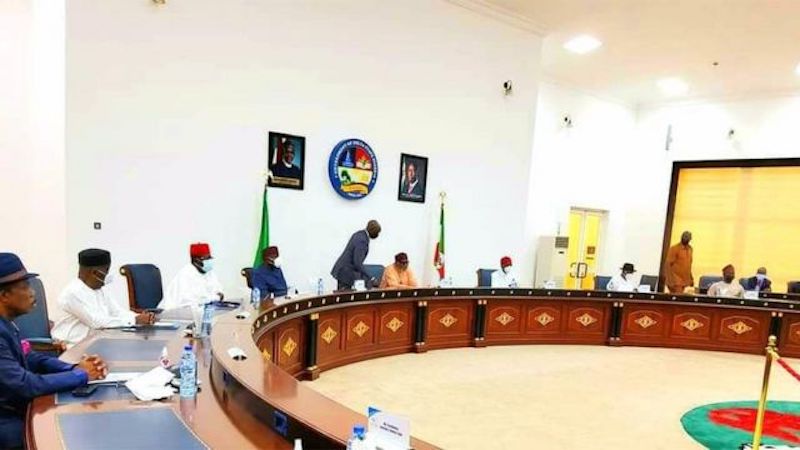 Barring any unforeseen circumstance, the 17 southern governors will meet with President Muhammadu Buhari as soon as the president returns from his trip to France to discuss their last Tuesday’s resolutions in Asaba, Delta State.

This is coming as the Coalition of Northern Groups (CNG) has declared that the North would not be part of any national dialogue that may emerge now or in the future.

The 17 governors had banned open grazing of cattle and called for the restructuring of the country, urging Buhari to also convoke a national dialogue.

The Chairman of the Southern Governors’ Forum and Ondo State Governor, Mr. Rotimi Akeredolu, had earlier stated that the governors would meet Buhari, adding that the president would not ignore the resolutions of 17 governors.

It is expected that the meeting will be held as soon as Buhari returns from France.

However, CNG has argued that the North would no longer be disposed to remain in one country with “the ‘Igbo Biafran agitators’ who have held the entire country to ransom for more than 60 years.”

In a statement issued yesterday by its spokesman, Mr. Abdul-Azeez Suleiman, the group said it had taken note of the southern governors’ decision to ban open cattle grazing, their renewed interest in the clamour for restructuring, “and other sentiments which tend to create tensions around the co-existence as a nation.”

It noted that as its tradition, it has restrained from the flow of idle and unproductive engagements, which trailed the Asaba declaration to a point when it became obvious “that northern governors and most of those that call themselves northern leaders today have lost the necessary courage to defend the rights and privileges of all northerners.”

The CNG said it observed that the southern governors had “unfairly profiled the entire business community of herders as the sole cause of the security challenges in the region, while deliberately leaving out IPOB, Eastern Security Network (ESN) in the South-east, violent gangs led by the likes of Sunday Ighoho in the Southwest, and the assortment of militant groups in the South-south region.”

The CNG stated: “We categorically state that the North shall never be part of any national dialogue that may emerge now or in the future, which would not include a final discussion on the actualisation of Biafra and the settlement of any other pending secessionist or self-determination issue.”

CNG berated the southern governors for refusing to directly hold the All Progressives Congress (APC) administration led by President Muhammadu Buhari responsible for the current national woes, “rather than singling out a particular ethnic group for attack and irreverent treatment.”

The group called on all pastoralists and all northerners living as minorities in the southern part of Nigeria, whose lives and livelihoods are threatened by this “regime of hostile and damaging policies to be ratified by the southern governors,” to immediately relocate with their livestock assets to the North.