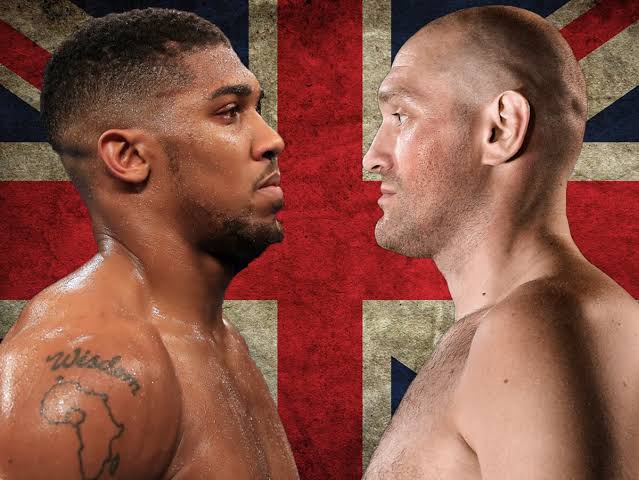 Anthony Joshua and Tyson Fury have finalised the date for their undisputed heavyweight championship clash and will meet in a specially-created stadium, says promoter Eddie Hearn.

Joshua and Fury’s fight will be on August 14 in Saudi Arabia and was described by Hearn as “a done deal” although it is yet to be officially confirmed by both sides.

But Joshua’s promoter insists the focus is now on building a brand-new venue to stage this historic fight.

“They want to build a new stadium,” Hearn told Sky Sports about the hosts in Saudi Arabia. “They have indoors options.

“In August at 11pm it will be about 23 degrees.
“They want to create something very, very special. Last time they built a stadium for the Andy Ruiz Jr fight in just seven weeks and it held 18,000.
“This will be a similar set-up.

“They have the opportunity to hold it indoors but they want to create something that will shock the world. They want to build a stadium just for this fight.”

The conclusion of the Olympics on August 7 means Joshua’s trainer Rob McCracken, who also coaches Team GB’s boxing team, will avoid a conflict of interests.

The religious celebration of Eid in Saudi Arabia is the only reason that Fury’s team have not yet received full financial documents from the hosts, says Hearn.

Joshua’s IBF, WBA and WBO belts and Fury’s WBC title will all be at stake to decide the division’s No 1.