One of the resolutions at the end of the meeting of 17 Southern state governors held last Tuesday was the call on President Muhammadu Buhari to ensure that the sensibilities of all Nigerians are respected and reflected in federal appointments. The governors recommended a review of appointments into federal government agencies (including security agencies) “to reflect federal character as Nigeria’s overall population is heterogeneous.” This time around, it was not a PDP or APC affair. This is heart-warming. The governors, who also affirmed the commitment of the people of Southern Nigeria to the unity of the country on the basis of fairness, equity and oneness, spoke with one voice on this skewed appointment menace inflicted on this country by Buhari.

Our President is the only one unaware that Nigeria is a multi-ethnic, multi-religion and multi-cultural country and that everybody must be given a sense of belonging with appointments into federal Departments and Agencies. Southern governors must go beyond issuing statements. They must insist on Buhari doing the needful. This country’s unity and diversity have never been this mismanaged.

The boundless unevenness in federal appointments by the Buhari government is the major factor stoking agitations for Nigeria’s breakup. This is the truth that must be told. Skewed appointments have created a loss of a sense of belonging in many parts of the country, hence the constant cries of marginalisation, agitation for secession and calls for restructuring. President Buhari is unperturbed. The more we shout, the more he does it. How do you explain a situation whereby virtually all heads of military and paramilitary agencies are from a section of this country? Why should most of the key federal government departments and agencies be headed by people from a section of this country? I am talking about big agencies like Customs, NPA, Pencom, NNPC, DPR, FIRS, NCC, NBC, TETFund, SEC, CAC, UBEC, NIMASA, NPHCDA, FAAN, NDIC, AMCON and NUC. Buhari evidently cares less about the unity of this country.

Does this list smell pan-Nigeria? It is bad enough that the heads of these military and paramilitary agencies are all from the core north. It is even worse that they are all Muslims. In a country where religion remains an issue, concentrating the security apparatus in the hands of one tribe and one religion is a betrayal of trust of Christians and southerners and an affront on our constitution. My dear President, those around you won’t tackle you on your slanted appointments based on these points. They are largely bread and butter politicians who only deliver propaganda and insults to Nigerians. They persistently abuse well-meaning Nigerians who disagree with these skewed appointments. These bread and butter politicians are not winning friends for you. Rather, they are in fact helping to grow the rank and file of Nigerians who genuinely hate you. Whoever wants Buhari to succeed must persistently tell him the truth.

Buhari has indeed been stoking this country’s fault lines in the last six years with his skewed appointments. The crooked appointments of heads of military and para-military sectors of his government have been most infuriating. Our dear President fully understands the importance of Chapter 2, Section 14 (3) of the 1999 Constitution of Nigeria (as amended), and has chosen to persistently mock it. As a reminder, this section states that “the composition of the Government of the Federation or any of its agencies and the conduct of its affairs shall be carried out in such a manner as to reflect the federal character of Nigeria and the need to promote national unity, and also to command national loyalty, thereby ensuring that there shall be no predominance of persons from a few State or from a few ethnic or other sectional groups in that Government or in any of its agencies.”

Not even one of Nigeria’s military and paramilitary agencies is headed by a South-east indigene and states in this zone are supposed to be federating units of the Federal Republic of Nigeria. This is incomprehensible.Ohanaeze’s National Publicity Secretary, Alex Ogbonnia recently remarked: “It is unjust and unfair to sideline the South-east in the security architecture of the country. Injustice promotes insecurity; it promotes all forms of crisis and problems. With injustice, there is no peace anywhere. We thought that the President would be concerned about the level of injustice, agitations and crises we have in the South-east and would try to ameliorate these things but unfortunately, he is not thinking in that direction.”

I can also remember Senator Opeyemi Bamidele, Chairman, Senate Committee on Judiciary, Human Rights and Legal recently sending a message to Buhari that the federal character law was put in the Constitution, “to avoid heating up the polity unnecessarily and eroding the unity and strength of our country and in the process, weakening the foundation of our country as well as the hope of its federating units.”

Bamidele adds: “We have an extremely bright and exciting future in one indivisible and indissoluble nation that is propelled by unity in diversity and all hands must be on deck to ensure this aspiration is guided jealously.May I also add that it is not only morally and politically correct to ensure compliance with Section 14 (3) of our Constitution, establishing the federal character principle.

“It is in fact, a fundamental obligation imposed on government and all its functionaries as contained in the preceding Section 13 of the said 1999 Constitution of the Federal Republic of Nigeria (as altered), which unequivocally states that ‘it shall be the duty and responsibility of all organs of government, and of all authorities and persons, exercising legislative, executive or judicial powers, to conform to, observe and apply the provisions of this Chapter of this Constitution.”

The intervention of Governor Bala Mohammed of Bauchi State, which I have tagged “The Voice from the North” is inspiring. He remarked: “I support Southern governors’ resolution. There is a need to review federal government’s appointments to reflect federal character. There is no fairness in the allocation of appointments across the geopolitical zones. If you are not fair and equitable in your administration, in your management, if there is nepotism, where only one section is given positions in government, then there will be problems. There is truth that some sections are being highly favoured at the detriment of others.

“What we know in this country as a federalist is that there should always be a balance in terms of appointment into federal offices, even in the local governments. If you don’t practice fairness at the top, then you cannot get it at the lower table and people will begin to think of self-actualisation, self-determination and so on, and it will reflect negatively. Unless we ensure fairness and equity in the leadership of the country, we cannot grow the economy.”

For me, all those controlling federal structures must continue to guard jealously the spirit and letters of the Constitution of the Federal Republic of Nigeria, which they all swore to protect in the public and national interests. I very much doubt if those around Buhari will allow him read my epistle today on federal character, but I take solace in the fact that history is always a good judge.

Boko Haram’s Entry into Maiduguri
The entry of Boko Haram terrorists into Jiddari Polo area of Maiduguri, early this week, left me shattered. The bastards arrived the town on motorcycles and gun trucks, setting ablaze houses. Many had to flee deeper into Maiduguri. They also attacked the army base located in Jiddari Polo. The attacks lasted close to an hour before the military repelled them. Some of the terrorists were killed while three soldiers lost their lives. All these happened inside Maiduguri, hitherto a haven for millions of displaced residents of Borno State. It simply means that nowhere is safe again in this troubled state.

Jiddari Polo is less than 10 minute-drive to Government House. How did the terrorists get that close to Maiduguri center? The intelligence network of the military failed; that is if there is anything like that in the first place. Emphasis should be on technology-driven intelligence. Unfortunately, this country lacks the manpower and equipment for this. So, the terrorists have simply been exploiting this gap. Intelligence and technology are vital in modern warfare. We must urgently seek help from foreign military contractors before Maiduguri too becomes a killing field.

INEC, Please Perish Idea of More Political Parties
The Independent National Electoral Commission says it has received 45 applications from associations seeking to be registered as political parties and the applications are being processed. The commission’s Information and Voter Education Committee’s Chairman, Festus Okoye, says it’s a constitutional and legal obligation and mandate, “and the commission will register any of them that satisfies the constitutional threshold.” This is coming after the commission struggled in several courts for over a year before getting affirmation for the 74 political parties it deregistered for failing to satisfy the requirements of the amended Electoral Act.

One of the problems INEC created for itself in the 2019 elections was the large number of political parties it registered. It was the first time in the country’s history that ballot papers had 91 political parties, which evidently created logistic glitches for the umpire. A long list of political parties will always overburden INEC as seen during that general election. 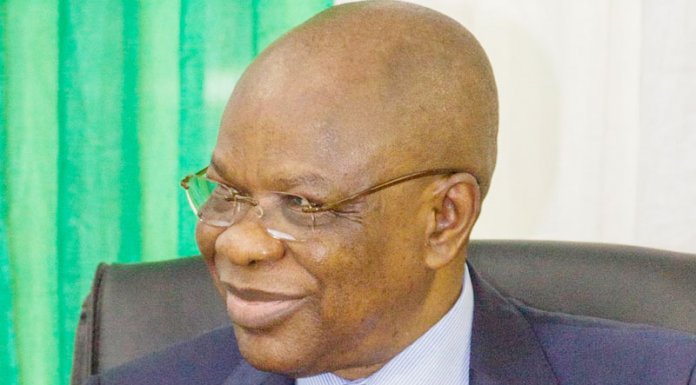