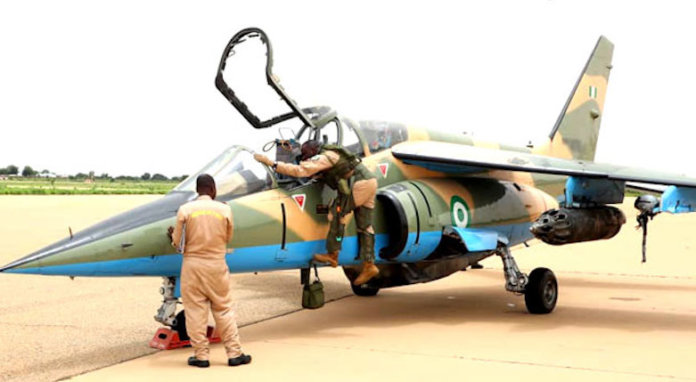 The service also announced plans to launch the first ever military telemedicine facility in Abuja.
The facility is expected to enhance provision of excellent medicare to personnel and their dependants as well as civilian beneficiaries at the lowest possible cost.

He also disclosed that the Nigerian Air Force (NAF), had procured and inducted 25 new platforms in the past five years.

“The induction of the JF-17 Thunder aircraft and aerial display would be conducted simultaneously on May 20, 2021 and will mark the end of the 57th Anniversary celebration.

“One of the unique activity that will be carried out during this year’s anniversary is the launching of the Nigerian Air Force telemedicine facility here in Abuja. It is the first of its kind in the Armed Forces of Nigeria.

“The aim of establishing the facility is to enhance provision of excellent medicare to personnel and their dependants as well as civilian beneficiaries at the lowest possible cost”, he said.

Air Vice Marshal Abubakar said seminar themed “Enhancing Nigerian Air Force Airpower Capabilities for Effective Joint Operations in Response to Contemporary National Security Challenges”, scheduled to take place during the celebration would provide opportunity for seasoned experts to present papers on doctrinal development and joint force employment as well as standardisation of training and interoperability of equipment in the Armed Forces of Nigeria”, he said.

He noted that the seminar would proffer workable strategies aimed at checkmating the myriad of security challenges in the country.