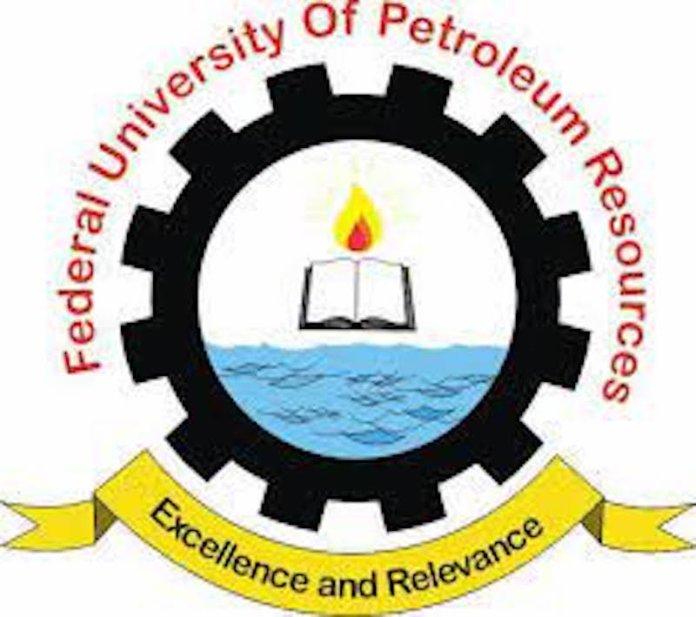 The Vice-Chancellor, Federal University of Petroleum Resources (FUPRE), Effurun, Delta State, Professor Akpofure Rim-Rukeh, has said the vision of his administration is to make the specialised university to be among the best 400 universities in global ranking in the next four years.

Rim-Rukeh, made this known while briefing journalists to mark his first year in office as vice-chancellor of the institution.

According to him, one of the benchmarks for qualification in Times Higher Education World University Ranking, which is to have published at least over 1,000 articles in Scopus indexed journals in the last five years at anytime, covering different subject areas, have been taken care of.

To further position the university for the world ranking, Rim-Rukeh, listed some of the projects his administration had initiated for the past one year to include construction of 1,500 capacity convocation arena- phase I; procurement and installation of laboratory equipment for Marine Engineering; completion of university electrification works.

Rim-Rukeh stated that the ICT under his leadership has become innovative hub, with huge investment in ICT infrastructure and development of networking capabilities required for building a community of solution providers.

He commended the principal officers of the institution for their continuous support and sacrifice; for always standing strong even in the face of difficulties, while thanking the staff and students for inspiring them to deliver quality service.

He acknowledged some of his administration challenges as “the COVID-19 pandemic, the nationwide ENDSARS protest, the eight months strike embarked by ASUU, as well as that of the SSANU, but despite all God has been faithful to us.”