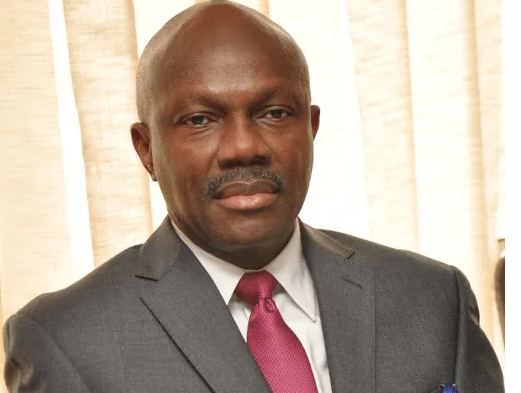 A former Executive Director in charge of Finance and Accounts at the Transmission Company of Nigeria (TCN), Mr. Sonny Iroche, has said the contract entered into between Nigeria and Manitoba Hydro International (MHI), a Canadian power company, caused regression in the country’s power sector.

Iroche, described the contract which was for the Canadian firm to efficiently manage the TCN, as one of the weird contracts that should not have happened in the power sector.

Iroche, who is currently the Executive Chairman of Strategic Alliance Promotion Company based in Lagos and Abuja, said this during an interview on ‘The Morning Show’, a flagship programme of Arise News Channel, THISDAY’s broadcast station.

Sequel to the privatisation of generation and distribution companies under the defunct Power Holding Company of Nigeria (PHCN), the federal government in line with the power sector reforms, had contracted MHI to manage the TCN for an initial period of three years.

The contract which was first signed in 2012, for a period of three years, expired in 2015, and was subsequently renewed for another term of one year before it eventually expired in 2016, and was not renewed.

Iroche spoke on the heels of frequent calls by some stakeholders and analysts for the unbundling of TCN for better management and performance as a key arm of the Nigeria power sector.
He argued that MHI was given the contract despite the fact that it did not emerge as one of the top companies deemed qualified for the contract by the procurement commission.

He noted that MHI was also operating in the mould of the defunct National Electric Power Authority (NEPA) and the PHCN with their analogue systems.

He said: “The Manitoba management contract was one of those weird contracts that we shouldn’t have gone into in the first place because, to procure any services by government, parastatals and agencies of government ought to go through the due process commission which was done.

“And to be honest with you, Manitoba did not feature top, it was actually another foreign company. But be that as it may, Manitoba got the management contract and I worked with them and I was one of those who opposed them because Manitoba is a little local government in Canada that at best, generates 5,000 megawatts.

“And it’s a vertically integrated power system, which is, they generate, they transmit and they distribute, which was what the old NEPA, the old PHCN was. When we re-phased and unbundled PHCN to 18 companies, that is 11 Discos, six Gencos and one TCN, you didn’t need to bring a company that is in your old mould to come and be a management contractor.”

“Manitoba didn’t do a good job. Manitoba pulled Nigerian power sector back. By the four years that they were there, we were paying them in dollars and they were really not staff of Manitoba Canada. They hired some Asians from wherever they could get them.”

The erstwhile executive director of TCN noted that the MHI team was not found competent at all and that there was always clashes between the Manitoba executives and the Nigerian executives during the time the contract lasted.

He revealed that throughout their stay at the Abuja headquarters of the TCN, the Manitoba team never left Abuja on an inspection visit to agency’s substations and work centres located all over the country, adding that the contract was a bad marriage.

Also bearing his thoughts on whether or not the power sector privatisation should be reversed, as lately advocated by the Senate, Iroche kicked against any move to reverse the privatisation process.
He said Nigeria cannot afford to embark on such move as the country is now playing in the international circle but advised that what should be done was to review the privatisation agreements and see how to address the bottlenecks.

According to him, “All you can do is to go back to the agreement and see how you can review the agreement and make sure that the bottlenecks that confront the power sector are addressed.
“And the way forward for me is one, get a cost-reflective tariff and let everybody be disciplined and abide by the rules that guide the electricity market. There is no way you can get it right without abiding by the market rules, the grid codes and the metering code.”
On the unbundling of the TCN, Iroche argued that that was a proper thing to do.