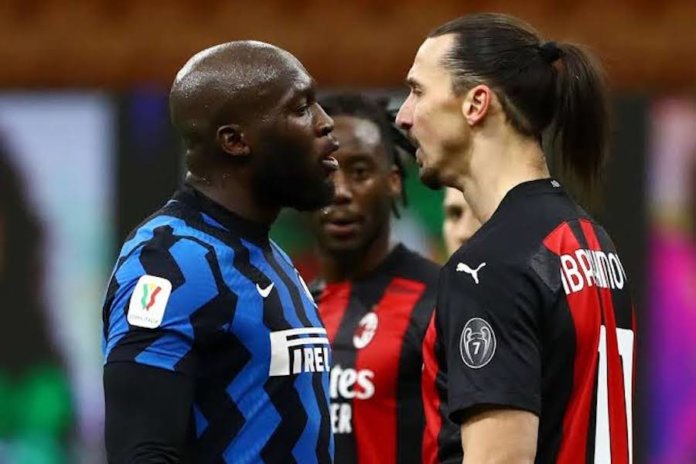 After Inter Milan won the Italian title on Sunday, Romelu Lukaku couldn’t resist taking a swipe at Zlatan Ibrahimovic, reigniting an ongoing feud between the players.

Atalanta’s draw with Sassuolo meant Inter won Serie A for the first time since 2010, with four games to spare.

Inter Milan main man has been a resurgent Lukaku, who has scored 21 goals and made 10 more.

That has won the 27-year-old Belgian many admirers, but AC Milan’s Zlatan Ibrahimovic – who played alongside him for Manchester United – is certainly not among them.

And having inspired Inter’s title success, Lukaku aimed a not-too-subtle dig at his adversary.

Lukaku wrote on the social media yesterday: “ The real god has crowned the king. Now bow down!”

It’s just the latest entry in an ongoing tussle – both verbal and physical – for supremacy.

In February 2020, after Inter beat their city rivals 4-2 in Serie A, Lukaku posted a message that said: “There’s a new king in town.”

Eight months later, it was Ibrahimovic’s turn to crow after Milan beat Inter 2-1.

After scoring twice, the Swede wrote: “Milano never had a king, they have a GOD.”

These are not just keyboard warriors, though.

In January this year, both players were given a one-match banafter clashing in a Coppa Italia match.

After the game, Ibrahimovic denied using racist languagetowards Lukaku, writing: “In Zlatan’s world there is no place for racism.”

However, he did appear to take another dig at Lukaku when he added: “We are all the same race – we are all equal! We are all players, some better than others.”

We won’t hold our breath waiting for them to make up.