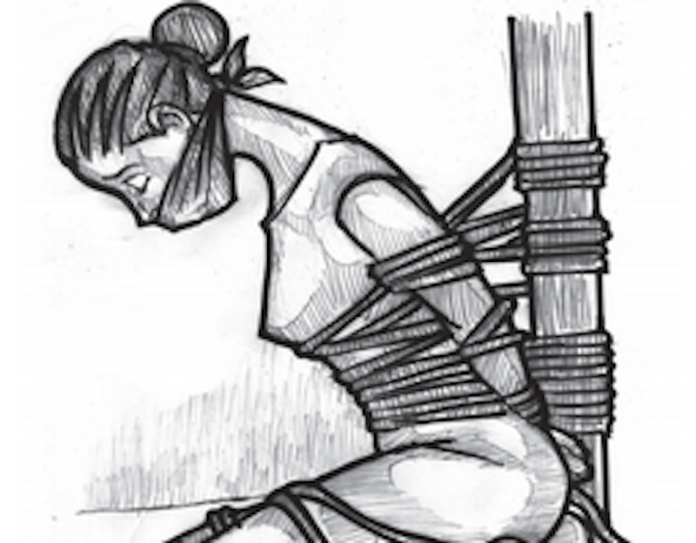 Nigeria could do more to eliminate present-day slavery

A new journal paper, ‘Gender and modern-day slavery in Nigeria: A critical analysis of baby factory and terrorism’ in the May/June 2021 edition of ‘ScienceDirect’ has drawn global attention to one of the social issues hardly discussed by the authorities in Nigeria. While the malaise of modern slavery cuts across gender, the report concludes that in Nigeria, “the disproportionate economic and power relations (such as inequalities, poverty, social exclusion, exploitations, and obnoxious cultural practices)” has engendered a situation in which women “serve as economic-slaves, sex-slaves, procreation-slaves, and money-ritual-slaves.” The article confirms recent estimates by the International Labour Organisation (ILO) which place Nigeria and Democratic Republic of Congo high on the list of countries where modern slavery is still prevalent.

The Slavery Convention of the League of Nations adopted in 1926 defines slavery as, “The status or condition of a person over whom any or all of the powers attaching to the right of ownership are exercised. It refers to the situation of exploitation that a person cannot refuse or leave because of threats, violence, coercion, deception, and/or abuse of power.” By this classification, someone does not have to be in chains and ferried across the Atlantic Ocean or Sahara Desert to be a slave. They become slaves when transaction is made with them in the community they live. While no human being deserves to be a slave, millions of people across the world are in one form of bondage or another.

The case of Nigeria is particularly pathetic and needs greater attention than it attracts at the moment. Like its general population, the country is also host to the highest number of enslaved people in sub-Sahara Africa. The breakdown of that sum shows that majority of the affected persons are forced into domestic, industrial and commercial labour, marriages or are simply given out to relations under innocuous circumstances. Not surprisingly, the shameful Nigerian profile is a reflection of the severity of the scourge across Africa. Various relevant organisations have identified the continent as home to the largest prevalence of slavery on earth, with more than seven per cent of every 1000 people as victims, according to the 2017 ILO report, a situation that has not changed.

What makes the Nigerian condition more worrisome is its ignoble recognition as one of the world’s leading culprits in three critical areas of source, transit and destination as well as the continued abductions of women and girls by Boko Haram and bandits, especially in the North. For the past two decades, Europe and North Africa have continued to benefit from the growing incidence of emigration among Nigerians in search of the proverbial greener pastures. But instead of actualising their dreams, many of them end up being sexually exploited – one of the most widespread forms of present-day captivity – or trapped in other ways. Sadly, not even stories of the tortuous and precarious journeys through the Sahara to Libya and, then, less frequently to Europe have been able to dissuade our young men and women from gambling with their lives. Consequently, many of them have caused themselves harm, brought sorrow to their relations and further tarnished the nation’s already battered international image. In the case of Boko Haram, their targets have always been women and girls who are usually deployed as sex slaves.

The abundant presence of these evils in Nigeria today requires bold, well-designed and executed government interventions which could hopefully serve as catalyst for more productive involvement of the private sector in this campaign. Only concerted, collaborative efforts aimed at empowering the populace and restoring the dignity of the citizenry can effectively curb or eliminate the current manifestations of servitude.