Counting The Cost of Kidnapping 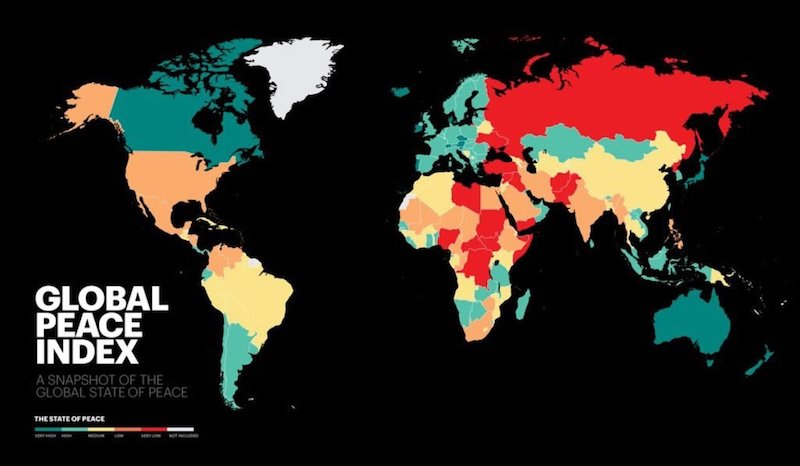 The present scourge of kidnapping for ransom presents an opportunity for insurance companies to fashion out kidnap and ransom policies to all classes of Nigerians, writes John Aku Ambi

The Global Peace Index (GPI) Report for the year 2019 ranked Nigeria in the 148thposition amongst 163 countries. The GPI Report using indicators like intensity of internal conflict, violent crime, access to small arms, etc., measures how dangerous or safe a nation is. It is indubitable that the present scourge of kidnapping in Nigeria, is a violent crime and its rampancy has been aided by the ability of the perpetrators to access small and light arms. On a daily basis media outfits in Nigeria report incidences of kidnapping all around the country. The pattern is that after few days of the occurrence of a kidnap, a demand for ransom follows. Victims of these scourge cut across all segments of the society; students, children, women, men and expatriates.

In the 2000’s when violent agitations by militants in the Niger-Delta region were rife, kidnapping for ransom became a phenomenon albeit a strange one. Most targets of these acts were expatriates working in Multinational Oil companies (MNOs). In 2014 this scourge took a whole new dimension, when over 300 female students were kidnapped from the Government Girls Secondary School, Chibok, Borno State by the dreaded Islamic sect-Boko Haram. Fast forward to 2021, kidnapping for ransom has not only risen astronomically but has also spread to all regions of the country. The targets are now mostly travellers on Nigeria’s decrepit highways, students in structurally deficient institutions and residents of fringe and poorly secured urban and rural settlements.

In a 21-page report released in May 2020, the Lagos based research and consulting firm- SBM Intelligence reported that between June 2011 and the end of March 2020, there were 767 reported incidents of kidnap for ransom in Nigeria. The report further posited that ransom estimated to be around $18.34 million was equally paid. The year 2021 has already witnessed several kidnapping cases. Notable cases are those of the students of Government Secondary School, Kagara, Niger State, Government Girls School, Jangebe, Zamfara State; Federal College of Forestry Mechanization and Greenfield University all in Kaduna State. In its first quarter report for the year 2021 and released on the 30th April 2021, the Kaduna State Ministry of Internal Security and Home Affairs reported that a total of 949 persons were kidnapped between January and March 2021 in the state.

Anecdotal evidence reveals that Nigerian security agencies always deny the fact of payment of ransoms by victims’ families. However, the victims and their families always express contrary positions.
The SBM Report estimates that families and affiliates of victims pay ransoms ranging from $1000-$150000. In an economy where the average income per capita stands at about $2,000, coughing out ransom in this range would no doubt deal a great blow to the finances of such families. The economic ramification of this scourge transcends the individual losses and affects every facet of the nation. For an economy that has only recently exited recession and has been grappling with a myriad of micro and macro economic problems including; a weakened currency, dwindling revenues, inflation etc; the highly coveted foreign direct investment (FDI) stands to be hindered by the fact of the prevalence of this scourge. The recent travel advisory issued by embassies and diplomatic missions of foreign countries to their citizens in Nigeria lends credence to the magnitude of this scourge and its negative impact on Nigeria’s already ailing tourism industry.

Though the sociological and psychological effects on the victims and the society are not immediately transmutable into Naira and Kobo, with the passage of time they do. For instance, victims of kidnapping could deal with prolonged trauma which could affect their productivity in the work place. This would translate into increased resourcing and operational costs for employers.

The figure of $18.34 million given by SBM to my mind is at best a modest estimation. This is perhaps due to the fact that these figures are derived from few verifiable sources like the victims’ families and even security agencies. It is however also true that many cases go unreported, so if these unreported cases are factored into such estimations, the figures would likely be 10 times higher. Assuming that the sum of $18.34 million amounts to the actual losses incurred by victims’ families through payments of ransom, at the current official exchange of $1 to N380; this sum amounts to N6,969,200,000.00. This figure dwarfs the N5billion monthly Internally Generated Revenue (IGR) of a State like Kaduna State (which incidentally has witnessed increasing cases of students’ abduction).

The United Nations Trade Conference on Trade and Development (UNCTAD) reported a decline of $1.2 billion worth of FDI into Nigeria in 2020 owing to the corona virus pandemic. Adding the scourge of kidnapping to this mix portends further woes for an ailing economy craving for FDI.

At the risk of sounding pessimistic, it seems the Federal Government has run short of ideas on how to nip this scourge in the bud. Sadly, this national malaise would continue to haemorrhage our economy. As unpleasant as it to think about it or even mention it, yours truly argues that it is time insurance companies’ step-in and offer mitigating solutions; after all insurance companies exist to mitigate losses which could occur from different mishaps. A suitable insurance policy for this situation would be a Kidnap and Ransom Policy. This is a specialty crime coverage that protects against financial losses that arise when an insured person is threatened with kidnap, extortion or illegal detention.

A peek into the websites of the top insurance companies in Nigeria revealed that none offers a kidnap and ransom policy. Though Nigeria’s Insurance Penetration Rate (IPR) has remained abysmal over the years, the present scourge of kidnapping for ransom presents an opportunity for insurance companies to fashion out kidnap and ransom policies that would be affordable to all classes of Nigerians.

Individuals, families and organizations would do well to key into such policies. For those who can afford, enrolling into such policies would cushion any financial loss that may occur in the event that such an unfortunate event happens. These days you see worrisome sights in the social media of victims’ families and friends soliciting for funds to pay ransom demands. How did we get here?
–––Ambi, Legal Practitioner, wrote from Kaduna