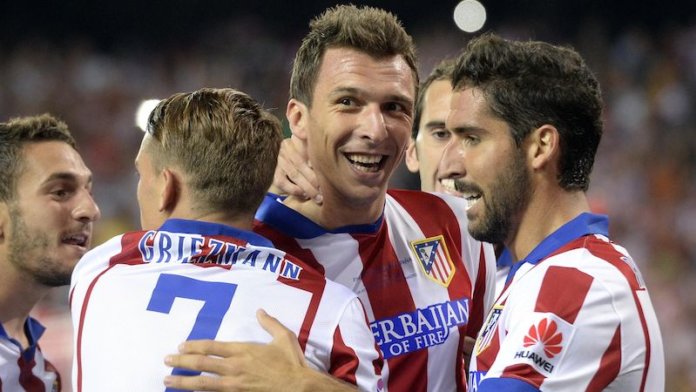 Atletico Madrid returned to the top of La Liga with a win over Huesca 24 hours after withdrawing from the European Super League.

Real Madrid had replaced neighbours Atletico at the summit after a 3-0 win over Cadizon Wednesday.

Diego Simeone’s side are three points clear at the top with six games remaining.

Atletico had apologised to fans for causing “confusion” after ending their involvement in the breakaway European Super League.

They are chasing a first La Liga title since 2014 but still have to play title rivals Barcelona away on 8 May.

Huesca are 18th in the table, one point from safety with six games remaining.

Carrasco added the second while Marcos Llorente finished the match with two assists.