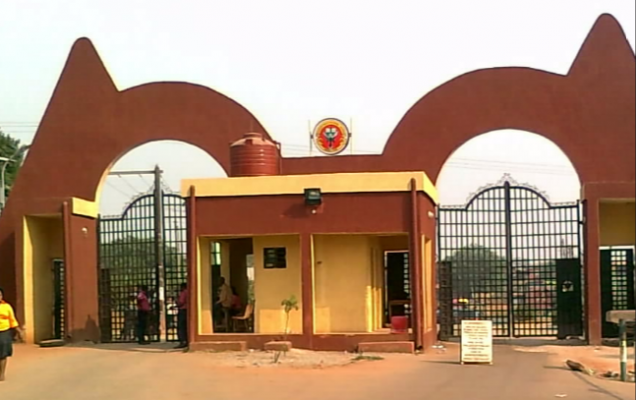 The Dean of Students’ Affairs of the Auchi Polytechnic, Auchi in Edo State, Dr. Shola Eshiobo, was yesterday found dead in his office.

According to a family source, who craved anonymity, the lifeless body of Eshiobo was discovered in his office yesterday morning.

He said the wife of the deceased raised the alarm that her husband did not return home after he left for the office last Saturday.

The family source said: “He went out on Saturday afternoon that he was going to the office to attend to some official matters. He normally goes to the office when he has so much to do.

“At about 9 p.m. when he was not yet back home, his wife started calling his phone but he didn’t answer his call nor return them. She tried until late in the night, still there was no response.

“Early on Sunday morning, she raised the alarm and told people around that the husband went to the office on Saturday but did not return. They went to the school; they saw his vehicle at the car park but when they got to his office, they saw his lifeless body in his office.”

The source said although no foul play was suspected, an autopsy would be carried out to ascertain the cause of his death, adding that the corpse of the deceased has been deposited at the mortuary.

“Although we are not suspecting any foul play for now, an autopsy will be carried out to ascertain the cause of his death,” he added.

When contacted, the Public Relations Officer (PRO) of the Auchi Polytechnic, Mr. Mustapha Oshiobugie, described the incident as unfortunate.

He said: “We heard about the unfortunate incident this (yesterday) morning. The body has been taken to the morgue. An official statement will be made available on Monday.”