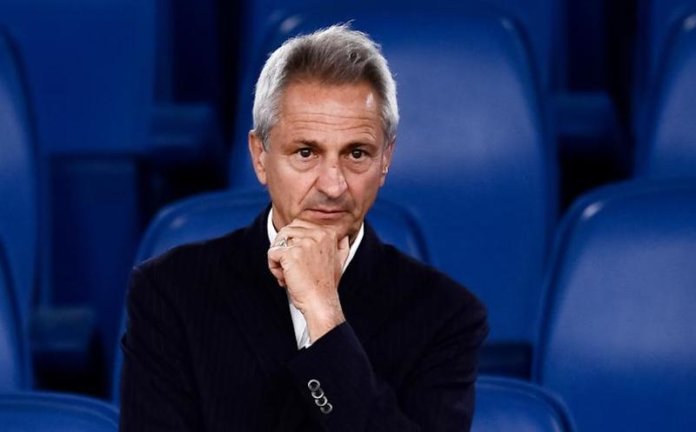 Seven Serie A clubs have submitted a written request for league President Paolo Dal Pino to resign over issues including his management of plans to sell a stake in the league’s media business.

An official at one of the seven clubs said the move was down to several issues, including disagreement over plans to sell a 10 per cent stake in Serie A’s media business to a consortium of private equity investors including CVC Capital Partners, Advent International and Italian fund FSI.

The letter from the seven clubs explains that their complaint comes “following various objections raised by us regarding your conduct as president of Serie A”.

The clubs write that they felt a “firm and urgent need to demonstrate to you our irrevocable no confidence with regards to your role, conduct and management of the league to which we belong and that we represent.”

For Dal Pino to be forced out, 14 of the 20 Serie Aclubs would have to vote for his removal.

Serie Aagreed in October to enter exclusive talks with a consortium of private investors, which offered €1.7 billion for a 10 per cent stake in a newly-created unit that would manage the league’s media business.

The deal would also need approval from 14 clubs, but the same group of seven wrote a letter to Dal Pino in February saying that “as things stand, this development opportunity is not viable anymore”.

The move effectively blocked the deal, with some clubs having reservations despite a sharp decline in revenues caused by stadiums having to close their doors to fans during the Covid-19 pandemic.

Meanwhile, with the Serie A title race all but over after Inter Milan pulled 11 points clear at the top last weekend, the chasing pack targeting Champions League spots promise to provide a thrilling conclusion to the season in Italy.

Four points separate AC Milan in second place from Napoli in fifth, while Lazio sit four points further back with a game in hand.

AS Roma, one point behind their rivals, cannot be counted out of the top four race quite yet.

What makes the six-team battle for three Champions League spots so open is the number of head-to-head clashes that await in the final eight rounds, starting with third-placed Juventus’ trip to Atalanta on Sunday.