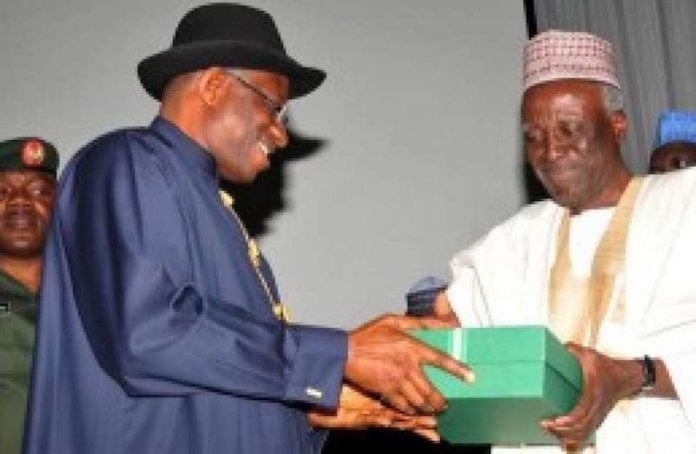 National Chairman, Congress of Democrats (CD), a pressure group within the ruling All Progressives Congress (APC), Mr. Bola Ajimuda, has called on President Muhammadu Buhari to reconsider revisiting the recommendations of the National Constitutional Conference enpanelled by former President Goodluck Jonathan, in 2014.

Ajimuda, in an interview with THISDAY in Abeokuta, Ogun State, lamented the rising wave of criminalities and the continued restiveness of ethnic nationalities, attributing them to “the poor foundations of our federal composition”.

The CD chairman, who is a banker and development finance expert, and also a former Senior Special Adviser to Ondo’s Governor Rotimi Akeredolu on Oil and Gas Matters, said, “No patch-work can any longer save Nigeria, except we face the reality of assuaging the feelings of disgruntled ethnic nationalities.”

“For one, we in the ruling APC are unhappy about the seemingly intractable challenges of insecurity in the country, which involve kidnapping for ransom, herdsmen attacks, cattle rustling, Boko Haram insurgencies, and robberies.

“While this administration has got many pluses in terms of infrastructural development and war on corruption, the gains are unfortunately being eroded by the atmosphere of insecurity in the country.

“We find it shocking that the fear of travelling on a typical Nigerian road is now the beginning of wisdom, to avoid being kidnapped or killed.

“While the Nigeria Police are doing their best, it is glaring that they are overwhelmed, apparently by the structural defects in the Nigerian nation,” he lamented.

Ajimuda added that the agitation for a state police system now finds relevance in the establishment of the Amotekun corps by the southwestern states, for the internal security of the region.

“There is nothing wrong in revisiting the 2014 Confab Report of the Jonathan era, even if some amendments are required.

“We ape the American presidential system by distorting it and that is why we are where we are today,” he stressed.

He thus urged the federal government to take a critical look at the elders’ recommendations and act on them.