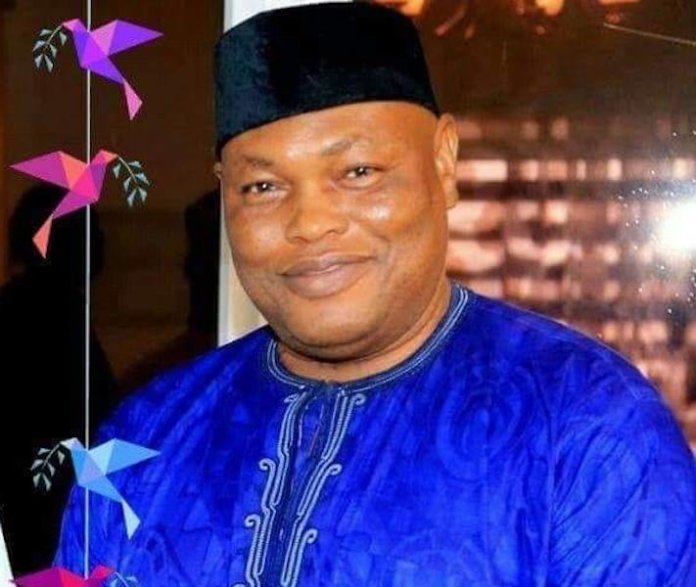 Monday March 15, 2021, we woke up to the sad news of the shocking demise of a long time colleague and friend, Louis Okoroma. He was reportedly at work in the Atiku Media Office (AMO) for short, in Abuja, on Wednesday March 10, 2021. For the better part of the last decade, he was on the staff of AMO.

Paul Ibe, head of the Atiku Media Team who announced Okoroma’s departure, noted that he was his lively self that day and wished his colleagues a nice weekend as he left the office. Within the next 24 hours, however, Okoroma was no more.

Tuesday March 30, 2021, which coincidentally, was my birthday, another one hit me from the page of a Whatsapp chatroom to which the departed Okoroma also belonged. A post by a member of the platform had expressed sadness at the demise of Emmanuel Ekwueme Ugorji. I subsumed my disbelief under the fact that I knew Emmanuel Ugorji, but didn’t know Emmanuel Ekwueme Ugorji.

I quickly made calls to colleagues in the media who should know. The news was confirmed from all the sources I spoke with. Emmanuel Ekwueme Ugorji, was the same as Emmanuel Ugorji. He reportedly closed from work on Monday March 29, and was driving home to Kubwa, a suburb of Abuja, when he had a fatal automobile accident. He didn’t survive it.

By a curious twist of fate, Ugorji like Okoroma, was also on the staff of the AMO. Thunder had struck twice in the same vicinity within a fortnight of each other. This was doubly devastating.

I have known about the AMO since the twilight of the administration of President Olusegun Obasanjo, in 2007. With the rift between Obasanjo and his Deputy, Atiku Abubakar culminating in the wholesale decimation of the Office of the Vice President, at the time, Atiku’s media handlers suggested the creation of such an outfit, to help ensure that Obasanjo did not extinguish Atiku from national and international media consciousness. It was a concept to keep Atiku in the fore of public discourse in a milieu where he was being run aground by his Principal.

Louis Okoroma and I were editorial staffers of the Daily Times of Nigeria Plc in those years of the glorious ascent of the organisation, under the leadership of the inimitable and charismatic Dr Yemi Ogunbiyi between 1989 and 1991. I started out in Sunday Times, the weekly publication of the newspaper colossus, while Okoroma was in Timesweek, the weekly magazine from the stable of Daily Times. It was later re-christened Times International as part of the Ogunbiyi project of revamping and revitalizing the various publications in the newspaper octopus.

Fresh hands were recruited from the media and the academia, to work with subsisting personnel, in repositioning the organisation. Okoroma, however, was one of the serving staff who were retained on his own professional merit. To be sure, Okoroma acquitted himself as a political scientist and analyst, and therefore survived the merit-based, Ogunbiyi-inspired reorganisation of the Daily Times.

Okoroma was educated at two of Nigeria’s most notable universities. He attended University of Nigeria, Nsukka, where he graduated with a degree in Political Science in 1983 and earned a Master’s degree at the University of Lagos. He welcomed you with this unmissable, big, friendly smile, whenever you encountered one another on the corridors of the newsroom block. We took turns to stroll on that corridor to catch our breaths, particularly when you needed some inspiration to push forward with your writing.

At the outset of the Obasanjo Presidential Campaign in 1998, Okoroma was one of the young journalists called up by the Director of Publicity of the Campaign at the time, Chief Onyema Ugochukwu, to help drive the project. Following Obasanjo’s victory at the polls, Okoroma sought greener pastures in Abuja, the nation’s administrative capital, in 1999. First, he served as media assistant to the Minister of Works and Housing in the new government, Chief Tony Anenih. He was subsequently absorbed by the Federal Housing Authority (FHA), a parastatal of the Ministry of Works and Housing. He subsequently teamed up with the Atiku Media Office, where he functioned until his demise.

A very tragic prelude to Okoroma’s exit, was the death of his wife, two months before him. Okoroma was therefore widower himself, just before his children, very sadly, were consigned to becoming orphaned.

Ugorji also attended the University of Nigeria, Nsukka. He was correspondent of the News Agency of Nigeria in the State House, Abuja, when I served as a presidential aide on media liaison and special duties at various times, under the administration of President Olusegun Obasanjo. I got along very well with the press corps because the archetypal bonhomie of the newsroom never left me. Sola Atere, Martins Oloja, Orji Ogbonnaya Orji, Yomi Odunuga, Emeka Nwankpa, Madu Onuorah, Ola Awoniyi, Paul Odenyi, Ibrahim Modibbo, Cletus Akwaya, among others, all of the State House Press Corps, were my good friends too.

Emma would hail me “La Tunde” and in turn, I will give him that kind of hug that made our tummies come together, since we were both modestly gifted in that section of the human anatomy. He harboured no grudges against anyone, he was just your regular easygoing friend. Emma was witty, a fantastic guy.

Presidential foreign trips meant trimmer, more compact media teams. Travelling on the advance party, usually a few days ahead of the president, brought you closer to your media colleagues and friends. You travelled together on the same flights and laid over while in transit at various airports across the world together. You stayed in the same hotels at your destination, had your meals together in the dining facilities of those hotels and interacted with the host Nigerian Embassy to ensure a successful presidential trip. All of these promoted bonding between you as a government official and the pressmen.

Following his retirement from the NAN a few years back, Ugorji teamed up with the Atiku Media Office where he worked diligently, until his tragic death. The car he was driving home that evening of Monday March 29, 2021, somersaulted on the Kubwa Expressway and gave him no window for escape.

Ugorji created a specifically news-based Whatsapp group for select journalists to help them keep abreast of national and global developments to generate discussions and opinions. He religiously shared news updates, realtime, on that platform. I should have been more circumspect that Monday March 29, when there were no news alerts coming on that page all day. I should have figured that something was amiss. Ugorji was a passionate professional who maintained that chatroom with studious diligence. Even when he was indisposed and hospitalised earlier in the year, he sneakily defied his doctor’s orders and continued to keep us abreast of global developments.

Okoroma was from Mbaise in Imo State and Ugorji from Abia. Both men were virtual contemporaries in age, being in their late 50’s. Okoroma is survived by his aged parents and four children. His eldest child is married and resident in Canada with her husband and two kids. The last of his children is a third-year student at the University of Jos. Ugorji is survived by his wife and three children. Just like Atiku Abubakar in his capacity as Founder of the American University of Nigeria (AUN), Yola offered scholarships to the children of Onukaba Ojo, Atiku has equally committed to extending the same goodwill to the children of Ugorji.

The demise of Louis Okoroma and Emmanuel Ugorji is a savage blow not only to their respective families or their employer, but also to the media fraternity in Nigeria. We have just lost in quick succession, some of our best, brightest and most experienced in this trade, a vocation potentially endangered by quacks and impostors.

We pray the Almighty God will condole their families and grant them the grace to carry on.

10,000 Farmers to Benefit from Agric Subsidy Scheme in Kwara