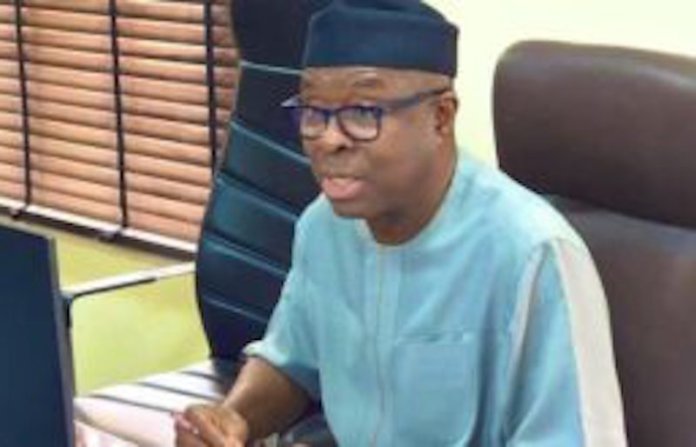 The federal government has given reasons the Industrial Training Fund (ITF) is rated by the Presidency as the foremost agency of government at the forefront of government’s job and wealth creation, noting that the Fund has done tremendously well in assisting government’s efforts to lift the country out of poverty and unemployment.

The Minister of Industry, Trade and Investment, Richard Adeniyi Adebayo, who disclosed this Thursday in Jos, at the 2020 ITF Merit Award ceremony, therefore urged the ITF management not to relent in empowering Nigerians with technical skills, but to train more Nigerians and by so doing etch the name of the ITF in gold.

He said: “The commitment of the federal government to diversify the national economy and put it back on the path of growth has never been in doubt. Through policies, including the Economic Recovery and Growth Plan (ERGP), the Economic Sustainability Plan and the various support schemes for the MSME sectors of the economy, the federal government is determined to do all it entails to lift the country out of poverty and unemployment.

“I must note that one Agency that has been at the forefront of these efforts is the Industrial Training Fund, and I will like to use this opportunity to say that the Fund has done tremendously well in this regard, and has become a dependable ally of the federal government, by the implementation of several skills intervention programmes that have trained over 500,000 since the Director-General, Joseph N. Ari, assumed office in 2016.

“It is equally noteworthy that the ITF has been mentioned and identified by the Presidency as the foremost Agency of government at the forefront of federal government’s job and wealth creation policy. The Fund was among the few agencies requested by the federal government to forward submissions on the best approach to lifting 100 million Nigerians out of poverty.

“It is for this reason and in appreciation of its contributions to national growth that the Council for the Development of the Micro, Small, Medium Enterprises (MSMEs), headed by His Excellency, the Vice President, Prof. Yemi Osinbajo, rewarded the ITF with the prestigious Award of Excellence as outstanding MSMEs clinic star partner and the award for outstanding contribution to the development of the Micro, Small and Medium Enterprises in Nigeria respectively.”

The minister commended the management and staff of the ITF for carefully applying the meagre resources available to it to do the enormous work of ensuring that Nigerians are equipped with requisite skills, and also building its capacity to effectively deliver on its mandate, particularly with regards to expanding its infrastructure.

Responding, the ITF DG, Ari, described year 2020 as challenging when “as individuals and as a corporate entity, we were subjected to very stern tests and excruciatingly trying times; the outbreak of the Covid-19 pandemic, which ripple effects we are still battling with, severely challenged humanity despite advancements in science and technology”.

He however noted that with resilience and unyielding spirit, the Fund was still able to pull through.

Reeling out its long list of achievement in 2020, Ari said: “Although not an inexhaustible account of our achievements in the year under review, the ITF is geared to doing more in terms of training, skills acquisition and lifting millions of Nigerians out of poverty in line with the federal government’s policy on job and wealth creation.

“It is in this regard, that I want to seize the opportunity to appeal to well-meaning Nigerians, state governments, the Organised Private Sector (OPS), non-governmental organisations (NGO), faith-based organisations, politicians and other stakeholders to collaborate with the ITF in our efforts to train Nigerians, as the extent to which the ITF will succeed in this regard is contingent on the willingness of all the stakeholders to fully support it.”