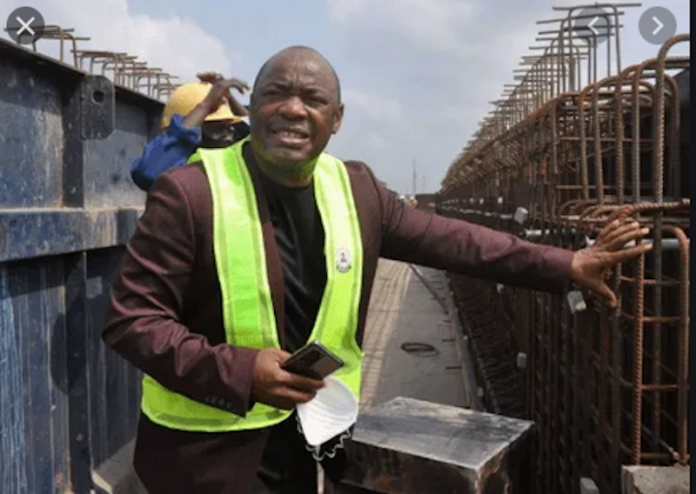 Emmanuel Addeh in Abuja
The federal government has appealed to road users to stop the misuse of the infrastructure, saying it remains a threat to their safety and could lead to unnecessary loss of lives and properties.
Director of Highway Construction and Rehabilitation in the Federal Ministry of Works and Housing, Funsho Adebiyi, made the appeal while speaking in Abuja on the state of federal roads.

Specifically on the Enugu – Onitsha expressway, Adebiyi complained that drivers were using pavements of the highways which are being mistaken for a third lane while heavy duty trucks were park for days on the road to carry out maintenance work, stating that the practice was capable cutting short the life span of the roads.

“The heavy duty trucks park on the shoulders of the road and carry out maintenance work thereby spoiling it. The parking on the road is a threat to the safety of our roads, in addition our people still overspeed,” he lamented.

The director pointed out that from the reports of the Federal Road Safety Commission (FRSC), reckless driving accounted for about 35 per cent of road accidents while bad roads account for only 1.3 per cent.
Adebiyi said when the roads were bad people were clamouring for the repairs but now that they are being fixed over speeding, overloading and reckless driving had become threats to life.

On the Umuomi-Awka road in Anambra, he said he was aware that people were complaining that the pavement was not marked, but stated that binders are not marked until pavement is completed.
He added that the pavement was opened for use even as work was yet to be completed to ensure smooth traffic flow and test running of the under laying materials while using it so that if there is any error it would be detected and promptly corrected.

Adebiyi stated that the ministry was taking steps to do the shoulder markings, adding that a mini speed breaker would also be put in place to check over speeding.
He noted that the ministry has projects in virtually every section of the trunk A roads which run across the country with engineers in each of the sections working simultaneously.