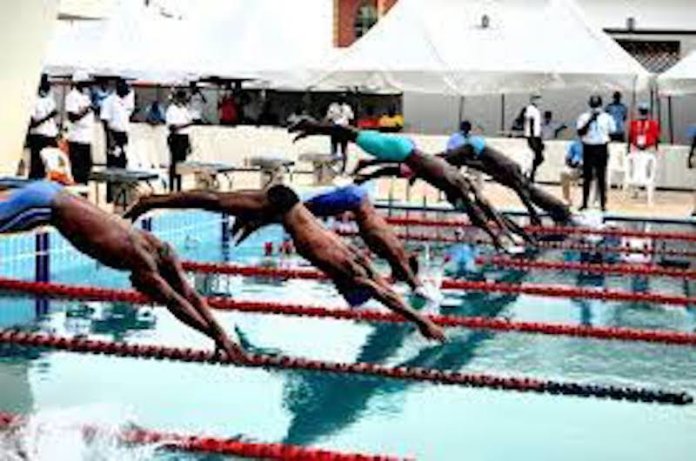 The News Agency of Nigeria reports that new national records were set by swimmers from Delta, Bayelsa, and Edo on Day 1 of the competition.

Ifiesegba Gagbe of Bayelsa became the new record-holder in the 100m freestyle women with her time of 1:01.54 minute.

She broke the record of 1:02.66min set by Okpilobo of Ondo State at the Lagos 2012 edition of the festival.

Similarly, Uwaje Ilayefa of Edo who came second with a time of 1:01.96 also surpassed the former record-holder time.

A new record was also set in the 200m butterfly women by Delta’s Timipamere Akiayefa.

Meanwhile, Bayelsa and Delta have started the rush for gold at the ongoing NSF by winning five gold medals apiece on Day 1 of the festival.

NAN reports that seven of the 10 gold medals won by both states came from the swimming competition.

While Team Bayelsa claimed three gold medals from the pool, Delta won four to close the opening day with five gold medals each.

swimming, the 100m breaststroke men event was won by Foresight Osamezu of Delta with Edo and Cross River winning the silver and bronze medals respectively.

Again, Akiayefa of Delta won her first gold medal of the day after the bronze medal she won earlier.

She raced to the finishing line ahead of Kano state and Bayelsa athletes in the women’s 200m Butterfly.

It was another gold medal for Delta in the 50m backstroke women event as Akiayefa won her third medal of the day, the second gold.

Team Bayelsa also won two gold medals and a bronze medal in judo to cap a memorable opening day of action at the 20th NSF.