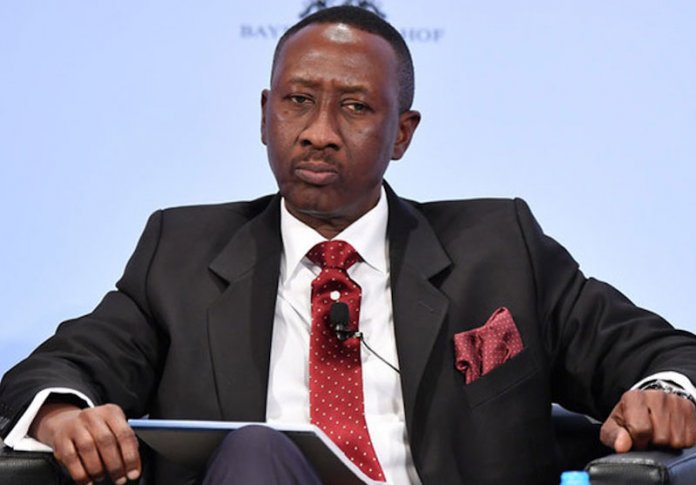 Gold Buyers and Jewellery Shop Owners Association has accused the National Security Adviser (NSA), Maj.-Gen. Babagana Mungonu of ordering the arrest and detention of some of its members with the aim of coercing them into implicating the Zamfara State Governor Bello Matawalle.

The association, also, alleged that three of their members in Zaria and Minna “have been arrested and are being tortured on the orders of the NSA to get them to admit that Matawalle bought gold from them in exchange for arms with bandits.

In a statement by its chairman Anwalu Musa yesterday, the association said its members Musa Mustapha and Ibrahim Sani were arrested in Zaria while Abdullahi Mohammed was arrested in Minna allegedly on the orders of the NSA.

The association alleged that the NSA planned to frame them up to maliciously implicate Matawalle of buying gold from them in exchange for arms to armed bandits in his desperate bid to blackmail and mischievously pull him down.

It alluded to what it described as a baseless claim by the NSA that an airplane was being used to take out gold from Zamfara and bring in arms for bandits in the state.

“The allegation among others had led to the imposition of a no-fly zone and the banning of all mining activities in Zamfara State by the federal government.

“After the failed attempts to link Matawalle with the said alleged aircraft supplying arms to Bandits in exchange for gold in Zamfara State, it has now changed to another dimension of witch hunting and intimidation of the gold buyers to implicate the governor of Zamfara State.

The Centre For Sustainable Peace and Development had declared that allegations Matawalle was using aircraft to take out gold from the state and bringing in arms and ammunitions for bandits was a hoax.

The group had also faulted the allegation by the NSA that the federal government had uncovered plots by some individuals to sabotage the implementation of the presidential directive banning gold exploration and the no fly-zone order in Zamfara state, noting that the State has no airport or airstrip.

In a statement by its Executive Director, Dr. Bello Ganiyu, the group said there was no such plot as the NSA “is raising the alarm where there is none all in the bid to cover his shady deals and create an impression of tension in Zamfara State.

“How can there be a plot to sabotage the no fly zone ? When Zamfara State does not have an airport or airstrip?” He asked