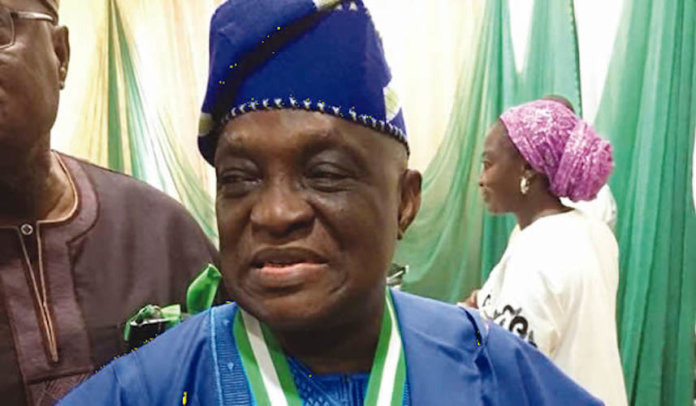 He was the sole recipient of the Nigeria National Merit Award, NNMA, in 2018. Chairman of the Governing Board of the NNMA, Prof Shekarau Yakubu, noted late October 2018, that out of three dozen nominations for the award, his own was the only entry which met all the criteria enunciated as prerequisites for the award.

The NNMA is traditionally conferred on scholars, academics, professionals and practitioners who have distinguished themselves locally and internationally in a select spectrum of disciplines, notably the humanities, arts, culture, engineering, technology, science and medicine.

While reading his citation December 6, 2018, on the occasion of his investiture in the Council Chambers of the Presidential Villa, Aso Rock, Abuja, which was performed by President Muhammadu Buhari, the oration had noted inter alia that: “Olu Obafemi is a multi-talented and many-sided personality. Playwright, poet, novelist, scholar, teacher, translator and much more. He is the public intellectual par excellence, one who has exhibited throughout his turbulent, multifaceted career, a moral commitment to interrogate the social injustices in our nation and elsewhere, while striving to build bridges of understanding across the contentious gulfs of class, culture and race.”

No description perhaps, better encapsulates the man, the persona, the endeavours of Professor Olu Obafemi, immediate past President of the Nigeria Academy of Letters (NALs), than this excerpt read at his inauguration into the NNMA hall of fame. Obafemi is a multivalent, multi-talented, all-round creative persona, who has etched his name in gold, across space and time.

Ahead of his induction into the club of septuagenarians last year, friends, colleagues and proteges of Obafemi had put together a National Conference of the Department of English, University of Ilorin, in his honour to commemorate his 70th birthday. It was supposed to be a week-long event, beginning March 31 and climaxing on April 4, 2020, to coincide with Obafemi’s 70th birthday at the time. The unfortunate global outbreak of COVID-19, however, occasioned a postponement of the programme. The event is now to hold as a virtual conference from April 2 to April 4, 2021.

You could not miss him in a crowd. He was famous for his beard in those good old days and some roughing of the hair. Those were days when dialectical materialism predicated on the enterprise of Karl Marx and Friedrich Engels, denominated humanist scholarship. Professor Olu Obafemi was one of the younger teachers who welcomed us, freshmen, into the English sub-set of what was then the Department of Modern European Languages at the University of Ilorin, in 1982. Indeed, if you took courses in “Dramatic Literature,” “Practical Theatre” and “Literary Criticism,” among others, you were bound to encounter him in his usually lively and typically interactive classes. You were spellbound by this lecturer who rarely came to class with lesson notes, but who delivered so much that even the smartest note-takers could barely keep pace. Sunday Joshua Adeleke, one of the older guys in our class those days, who would later become a Director of Information in Kwara State, was famous for his orthographic speed, way back then.

Then of course, for us aficionados of new lexical items and grammatical constructions, there were one or more takeaways from every lecture, which we in turn dramatised as we mimicked the tutorial mannerisms of our teacher. Between Obafemi and the late Professor Tayo Olafioye, most of us had the biggest additions into our linguistic repertoires. We delighted in mimicking him minutes before his entry into the classroom and got accustomed to being labelled “a clown” when caught in the act.

As his citation at the investiture noted, “Obafemi made the study of literature exciting. He would start each author’s work with his biography, creating a nexus between the text, the writer or the context.”

Outside the classroom, Obafemi founded and mentored the “Ajon Players,” a group of artistically minded students and non-students, which performed and staged several plays, for the theatre-loving academic community. Beyond the University of Ilorin, Ajon Players staged several road-shows in the Universities of Jos and Benin, among other institutions. On the occasion of the visit of Major General Muhammadu Buhari to Kwara State in his capacity as Head of State in1984, Ajon Players was invited to stage a performance for him at the Nigerian Papermill Company, Jebba.

Together with the late Prof David Cook (Irish); Russell Chambers (American); Prayag Tripathi (Indian) and Stephen Hesbon Lubega (Ugandan), Obafemi helped in grooming a critical core of young creative writers who were students of the University, at the time. The “first fruits” of these upcoming writers were published in an anthology titled: Rising Voices: An Anthology Of New Nigerian Poetry,” co-edited by Cook, Obafemi and Wumi Raji.

Along with Drs Chambers, Lubega and a few others, Obafemi was one of the lecturers who broke down the walls of hierarchical barriers between teachers and students. Between them, they allowed we their younger friends access to the hallowed Senior Staff Club, an elite watering hole for high ranking members of the academic community. There, discussions and disputations carried forward from class work, were resolved over bottles of typically ice-cold lager and simmering plates of pepper soup. My classmates and good friends who veered into the academia, notably Gbenga Ayeni, a professor of communication at East Connecticut University and Tivlumun Nyitse, an assistant professor in mass communications at Bingham University, Karu, regularly allude to the fact that the demystification of teacher-student relationship by some lecturers back in time, influenced their decisions to pursue careers in teaching.

For my masters degree, also at the University of Ilorin, Obafemi taught me three courses: “Poetry of Conflict and Conviction,” “Drama and Dramatic Criticism” and “African Oral Literature.” This of course, brought us much closer and afforded me the opportunity to relate with him more intimately. Indeed, with the exit of the original supervisor of my masters thesis, Dr Prayag Tripathi (Indian), following the completion of his contract in Nigeria, Obafemi took over and berthed the work.

Despite the fact that I enrolled for my doctorate degree programme at the University of Abuja, far from his base in Ilorin, he insisted on seeing every chapter of my thesis, taking time to read and to make comments and observations. He granted me access to his much prized personal library in the course of the research.

An accomplished playwright, Obafemi has authored and published over a dozen plays notably: Pestle On The Mortar; The New Dawn (1986); Nights of A Mystical Beast (1986); Suicide Syndrome; Naira Has No Gender (1999); Dark Clouds Are Over? (2005); Ogidi Mandate (2010) and Running Dreams (2015) among others. Ogidi Mandate won the Association of Nigerian Authors, ANA/JP Clark Drama Prize in 2010. Many of these plays have also been performed by his students either as coursework or as performances by Ajon Players.

Obafemi has also published two collections of poems, Songs of Hope (2001) and Illuminations. His only novel thus far, Wheels (1997) was first serialized in The Herald newspaper over several months. Obafemi’s versatility as the total artist that he is, birthed the translation of D.O. Fagunwa’s novel, Adiitu Olodumare into its variant English titled The Mysteries of God, published in 2016.

The prolific and profound scholar that he is, Obafemi has written and published almost a century of academic critiques, essays, reviews and articles in journals, books, compendiums and monographs, internationally and locally. He has equally authored, co-authored and edited several books on dramatic and literary discourse. His notable works include: Nigerian Writers on the Nigerian Civil War: Anguish, Commitment and Catharsis (1992); The Contemporary Nigerian Theatre: Social Vision and Cultural Heritage (2001) and Politics and Aesthetics: Essays in Drama, Theatre and Performance (2008).

The citation read at his investiture noted that Obafemi “is an erudite scholar of international repute… His works all reflect the social consciousness and activist tendencies that have characterised the writings of the generation of writers and scholars who came to the fore in Nigeria in the 1980s. His writing, according to him, has been an exploration of the question: Why should the society be organized in such a way that so many people can be suffering while a few have so much to waste?”

Beyond the classroom, Obafemi has been a prolific analyst and public engager, as a writer and essayist. At various times, he has maintained columns in national newspapers including Post Express, The Comet, The Sun and Daily Trust among others, analysing, dilating and discussing issues of contemporary sociopolitical importance.

A tireless activist, Obafemi was a frontline member and leader of the Academic Staff Union of Universities (ASUU), in the heady days of serial confrontations with the state, especially the military juntas which ruled Nigeria at various times. He was Secretary of the University of Ilorin Chapter of ASUU in 1982 and Chairman in 1985.

He served as Chairman, Board of Directors of the National Commission for Museums and Monuments from 1999 to 2003; National President of ANA for two terms from 2001 to 2005, and was Vice President and subsequently President of the Nigerian Academy of Letters beginning from 2014.

On his frequent visits to Abuja on sundry official assignments, Obafemi calls up some of us his younger ones to keep updated about our welfare. It’s always a pleasure hanging out with him, especially when he is in the company of his friends and contemporaries like Professors Femi Osofisan, David Ker, Duro Oni and the much younger Sunnie Ododo, who now heads the National Theatre.

Professor Olu Obafemi was born April 4, 1950, in Akutupa-Bunu, Kabba-Bunu local government area in Kogi State. He studied at the Ahmadu Bello University, Zaria; the University of Sheffield and the University of Leeds. He was one of the 20 pioneering staff of the University of Ilorin, when he joined the services of the institution in 1976, months after the establishment of the school. He was appointed Professor of English and Dramatic Literature in 1990, at the record age of 40.

Back home in the Okun country in Kogi State, such high octane celebrations, such historic commemorations as his induction into the revered club of septuagenarians, are incomplete without a dedicated communion of “ogidi emu” of the “oguro” subspecies, in the expansive ambience of Okunland. Obafemi himself has noted elsewhere, that “calabashes of emu, make the ceaseless rounds” at such fellowships.

Obafemi is happily married to Mrs. Grace Dupe Obafemi, a retired nursing practitioner and the union is blessed with beautiful children and grandchildren.

As he turns 71 on Sunday April 4, 2021, this is sending him 71 ripened gourds of frothing oguro and a million seasoned and sun-tanned “igba,” on this August occasion. 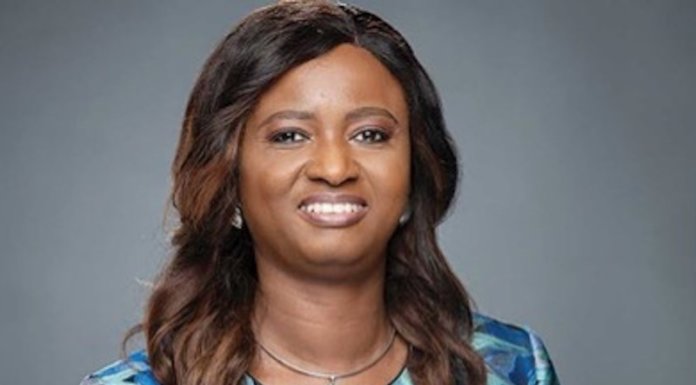