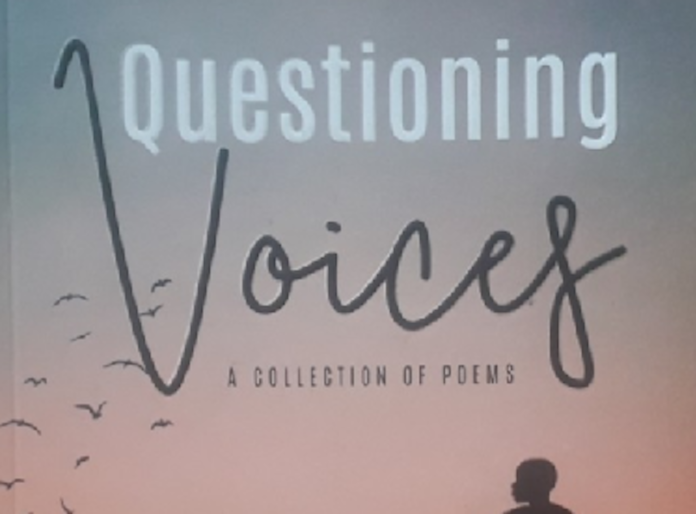 A poet’s internal war of wit is glaring in his new collection of poems arising from every day realities to the crescendo of global discourse, Yinka Olatunbosun writes

During the first few months of the Covid-19 pandemic, a former journalist, banker and writer, Olalekan Ajayi found himself working from home, like most people around the world.

Apart from the usual distractions, Ajayi had his own personal struggles with procrastination. In his own words, his last collection of poetry titled “A Day Shall Come’’ was published in 2015 after several years of procrastination.

In that collection were poems as old as 20years and some had been previously published in anthologies and journals. This new collection, ‘Questioning Voices’ is out six years after the debut collection and the poems were completed during the first year of the Covid-19 pandemic.

‘Questioning Voices’- 80-poem strong piece-is a product of thoughts and curiosity. This collection also raises questions on behalf of individuals who had either been silent or silenced by the complexity of human nature and justice. In a rather humorous tone, the poet asks difficult questions from the mundane to the consequential. Sub-divided into six parts, the collection offers varied length of poems, with quite a few in narrative style.

Even the most mundane subject matters convey serious undertones. For instance, in the poem “Sleepless,’’ the poet marvels at the ease with which night watchmen fall asleep while he who has engaged the service of the watchmen deals with insomnia. That, it itself, forms a larger picture of the rise in insecurity from the failure and sheer irresponsibility of those who had been entrusted to keep the citizens of a nation safe.

Another interesting piece in the collection is “The Land of the Free’’ which is a symbolic take on racism, black identity and culture shock for a Nigerian or any African who travels for the first time to the United States of America, touted as the home of civil liberty. With the renewed call for an end to racial discrimination through movements like Black Lives Matter, a poet’s commitment has been redefined by this duty to conscience and consciousness.

Ajayi also situated the work against its period, documenting the agony and hopelessness that accompany the Covid-19 pandemic in the poem titled “Waiting for the Plague to Pass.’’ That mood of despair is mirrored in “At the Foot of the Unknown Soldier’’ where the poet raised a barrage of questions around the lasting horrors of war and the morality of having a repeat of such in a nation’s history.

The poet also offers a very benign commentary on the decay in infrastructure in his creative use of figure of speech in the piece titled “Conversation with Myself.’’ In it, he likens the gush of his questions to a “burst public pipe.’’ This imagery is relatable for many Nigerians who had often watched public roads degenerate into an appalling state just because a burst public pipe had not been fixed by the supposedly concerned authorities.

But he boldly takes a swipe at the feminist movement for challenging tradition and being “more passionate than religious’’ in their global call for equality with men. The poet questions the intent of the peddlers of this propaganda and the unity of purpose. It is not uncommon to find many leading feminists dissociate themselves from other shades of feminism. This trend speaks volumes about the evolution of this well-meaning movement that had become saturated by many who embellish the movement with other beliefs.
But that is not to say that the poet is blind to causes that serve the interest of women and girls. In his poem, “Unmindful mind,’’ he gives a powerful statement on rape, molestation and sexual abuse. Truly, ‘Questioning Voices’ is a handy mix-bag of rational debates about humanity.