The Independent National Electoral Commission (INEC) yesterday announced February 12, 2022, as the date for the elections in the six area councils in the Federal Capital Territory (FCT).

The three-year tenure of the six chairmen and 62 councillors will expire in May 2022. The FCT is the only part of the country where INEC is responsible for the conduct of local government election.

According to a statement issued by the National Commissioner of INEC and the Chairman, Information and Voter Education Committee, Festus Okoye, this was as a result of the meeting held by the commission.

He said the decision was by the virtue of Section 108(1) and (3) and 113(1)(a) and (b) of the Electoral Act 2010(as amended) or the elections in all area councils of the FCT, which stated that the area council elections shall be held on the same date and time throughout the FCT.

Okoye said: “This shall take place not earlier than 150 days before and not later than 30 days before the expiration of the term of office of the last holder.

“Furthermore, by Section 113 of the Electoral Act, an area council shall stand dissolved at the expiration of a three-year period starting from the date the chairman took the oath of office, or when the legislative arm of the council was inaugurated, whichever is earlier.”

He explained that the chairmen and councillors of the councils were elected on March 9, 2019, and sworn in on the May 19, 2019, and by paragraph one of the commissions guidelines and regulations “where the end of the tenure of FCT Area Council does not coincide with a general election year, the election to the office of the chairman, vice-chairman and councillors of the area councils shall hold on Saturday closest to 100 days to the end of the tenure of the elected officials of the area councils.”

Accordingly, Okoye said: “In the exercise of the powers conferred on it by the constitution, the Electoral Act and all other powers enabling it in that regard, the commission has fixed February 12, 2022, as the date for the conduct of the FCT Area Councils election. Consequently, the commission hereby issues the timetable and Schedule of Activities for the election.”

By the timetable and Schedule of Activities, he said: “The commission will issue the statutory Notice of Election on March 31, 2021. The Collection of Forms EC9 (formerly CF001) and EC9B (formerly CF002) for the election will take place on April 1, 2021, and the conduct of party primaries and the resolution of disputes arising from the primaries will take place on April 1 to 24, 2021. 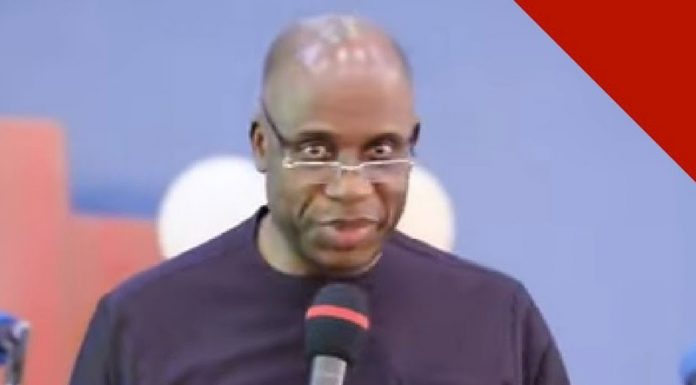