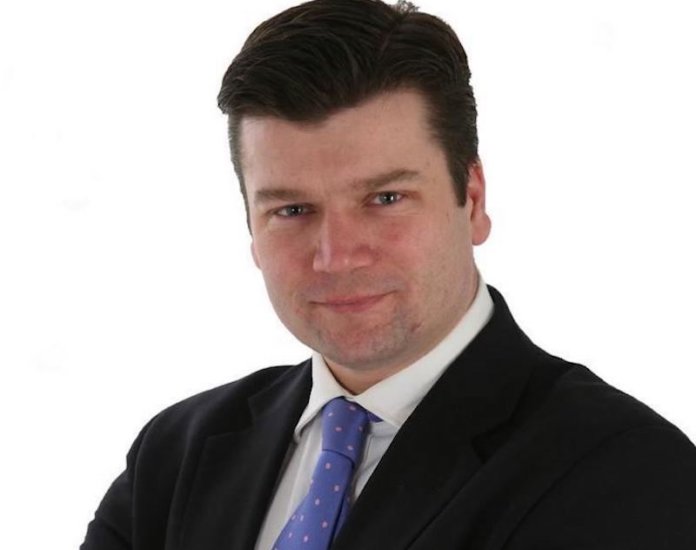 Britain has expressed grave concern about what it described as the deteriorating security situation in Nigeria and pledged to help the country tackle insecurity.

The UK’s Minister of Armed Forces, James Heappey, and the British High Commissioner to Nigeria, Catriona Laing, expressed worry at the deteriorating security situation in the country, adding that London was keen on helping Nigeria win its fight against insecurity.

They spoke at different fora during engagements in Abuja between Monday and yesterday.

Britain’s pledge to help Nigeria combat insecurity came just as the United States, in a report released yesterday excoriated Nigeria over its human rights records but said it could not confirm the accurate figures of causalities during the shootings at Lekki Tollgate last year.

“We are extremely concerned about the deteriorating security situation.

“I mean Nigeria is facing a lot of problems everywhere – in the North-east, terrorism; in the North-west, banditry, kidnapping; in the Middle Belt, the farmers-herders conflict; in the South, the Niger Delta conflict everywhere.

“And the secession movements in the South-east. So, Nigeria is really struggling,” Liang told journalists yesterday in Abuja on the sidelines of a reception to welcome home the 2019/2020 UK Chevening Scholarship beneficiaries.

Laing said the UK government had been helping the Nigerian military with training, campaign planning and how to counter improvised explosive devices.

“Well, we are here to support and help. We have the military team here, who came here after the Chibok girls were kidnapped actually. We are still here, training the Nigerian military, helping them to do campaign planning, how to counter IEDs,” Laing said.

She added that the recent visit of the UK’s Minister of Armed Forces, James Heappey, during which he interacted with the Nigerian government at the highest level, including the service chiefs, also showed the commitment of the UK government to assist Nigeria in combating insecurity.

Laing, however, urged the federal government to be specific about the support it needed from the UK and what the UK can offer.

Chairperson of the Nigerian Diaspora Commission, Mrs. Abike Dabiri-Erewa, urged the Chevening scholarship beneficiaries to use the knowledge and skills gained for Nigeria’s development.

Earlier, Heappey, during his meeting with Nigerian service chiefs, committed the UK to assist Nigeria in tackling the growing insecurity, especially terrorism.

”Minister for the Armed Forces said the UK would continue to work closely with Nigeria to address the current security situation. He discussed future Nigeria-UK opportunities to strengthen cooperation, including further UK Ministry of Defence assistance for Nigeria. He also stressed the importance placed on human rights in our engagement”, the statement stated.

The UK said the minister’s visit had demonstrated the importance of the UK-Nigeria partnership across a range of foreign policy and defence objectives.

It added: ”The UK’s recently launched Integrated Review – our most significant review of foreign, defence, development and security policy since the end of the Cold War – clearly identifies Nigeria as a priority partner for the UK.

”The UK has a long history of defence engagement in the West Africa region, and an enduring partnership with the Armed Forces of Nigeria and those deployed with the Multinational Joint Task Force against Boko Haram.

”Programmes within this engagement seek to explore ways to strengthen our relationship and to identify areas where the UK can support the Armed Forces of Nigeria and regional partners in their efforts to bring stability to the region.”

During his discussions, Heappey said the UK would continue to work closely with Nigeria to address the current security situation.

He also discussed future Nigeria-UK opportunities to strengthen cooperation, including further UK Ministry of Defence assistance for Nigeria, while stressing the importance of human rights in the country’s engagement.

The minister also outlined how the UK was committed to working with Nigeria and other regional allies in West Africa to tackle violence in the Lake Chad Basin and emphasised the importance to the UK and Nigeria of maritime security in the Gulf of Guinea.

He stated that the UK remains keen on exploring opportunities to do more work with Nigeria on these issues.

He added that the UK looks forward to joining Senegal in co-chairing the G7++ Friends of the Gulf of Guinea (FOGG) this year while also emphasising how the UK is committed to supporting Nigeria with reforming national and regional structures and processes.

Heappey said: “Nigeria is an important and valued defence partner for the UK. Our two countries face many shared threats, from violent extremists like Boko Haram, to serious organised crime and piracy in the Gulf of Guinea.
“The UK is committed to working with our Nigerian friends to tackle these threats and enhance security and stability across West Africa.”

In the report titled, ”’Nigeria 2020 Human Rights Report, Executive Summary,” the US accused Nigeria of ”significant” human rights abuses, which include: unlawful and arbitrary killings by both government and non-state actors; forced disappearances by the government, terrorists and criminal groups; torture and cases of cruel, inhuman, or degrading treatment or punishment by the government and terrorist groups; harsh and life-threatening prison conditions.

However, the reported stated that the US could not confirm the number of casualties at the Lekki Tollgate shootings that occurred last year.

“Accurate information on the fatalities from the shooting remain fuzzy because apart from “Amnesty International which reported 10 persons died during the event, no other organization was able to verify the claim,” it said.

When contacted to react to the report, Presidential spokesman, Mr. Femi Adesina, referred THISDAY to the Minister of Information and Culture, Alhaji Lai Mohammed.

“Please get across to the Minister of Information and Culture, Alhaji Lai Mohammed. He is to react to issues that have to do with the government. He is in a better position to answer your question,” Adesina said.
But efforts to reached Mohammed yesterday were futile as he neither picked calls to his telephone line nor respond to a text message sent to him.

The 102-page report also accused the federal government of ”arbitrary detention by government and non-state actors, political prisoners, serious problems with the independence of the judiciary, arbitrary or unlawful interference with privacy, serious abuses in an internal conflict, including killing and torture of civilians; serious restrictions on free expression, the press, and the internet, including the existence of criminal libel laws.”

The report also indicted Nigeria for ”substantial interference” with the rights of peaceful assembly and freedom of association, in particular for lesbian, gay, bisexual, transgender, and intersex persons; severe restrictions on religious freedom; serious acts of corruption; trafficking in persons; inadequate investigation and accountability for violence against women; the existence or use of laws criminalising consensual same-sex sexual conduct between adults; and the worst forms of child labour.

The US stated that even when the federal government took ”some steps” to investigate alleged abuses by police, including the Special Anti-Robbery Squad (SARS) and military forces, impunity remained a significant problem.
”There were reports of further progress informally separating and reintegrating child soldiers previously associated with the Civilian Joint Task Force, a non-governmental self-defence militia, which received limited state government funding.

The report said even though consistent with the constitution, the federal government had continued to turn to the armed forces to address internal security concerns, due to insufficient capacity and staffing of domestic law enforcement agencies.

It said there were reports that members of the security forces committed human rights abuses.
The report stated: ”Civilian authorities did not always maintain effective control over the security services. The insurgency in the North-east by the militant terrorist groups Boko Haram and the Islamic State in West Africa continued.

”The groups conducted numerous attacks on government and civilian targets, resulting in thousands of deaths and injuries, widespread destruction, the internal displacement of more than two million persons, and the external displacement of somewhat more than an estimated 300,000 Nigerian refugees to neighbouring countries as of December 14.”

On the alleged controversial killings at the Lekki Toll Gate in Lagos on October 20, last year, it said ”accurate information” on fatalities resulting from the shooting was not available at year’s end.

US said: ”Impunity remained a significant problem’ in the security forces, including in the police, military, and the Department of State Services (DSS). The DSS, police, and military reported to civilian authorities but periodically acted outside civilian control.

”The government regularly utilised disciplinary boards and mechanisms to investigate security force members and hold them accountable for crimes committed on duty, but the results of these accountability mechanisms were not always made public.

”Police remained susceptible to corruption, faced allegations of human rights abuses, and operated with widespread impunity in the apprehension, illegal detention, and torture of suspects.”

Questioning the state of Nigerian prisons, the report said prisoners and detainees were reportedly subjected to torture, overcrowding, food and water shortages, inadequate medical treatment, exposure to heat and sun, and infrastructure deficiencies that led to inadequate sanitary conditions that could result in death.

According to the report, ”Guards and prison employees reportedly extorted inmates or levied fees on them to pay for food, prison maintenance, transport to routine court appointments, and release from prison. Female inmates in some cases faced the threat of rape.”

The report said only prisoners with money or support from their families had sufficient food, and accused prison employees of sometimes stealing money provided for prisoners’ food.