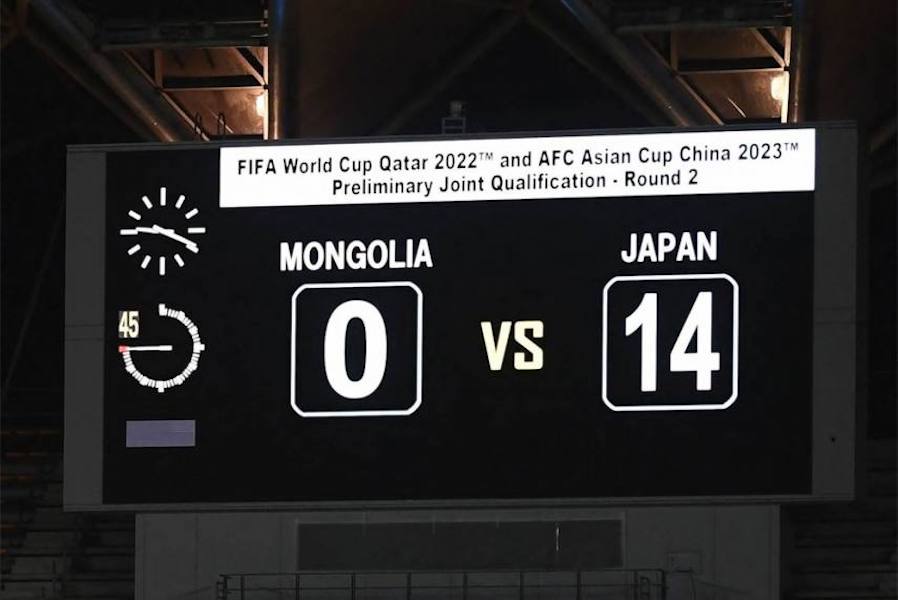 Minamino, who is on loan at Southampton, opened the scoring while Werder Bremen’s Yuya Osako netted a hat-trick.

Japan’s other scorers included Daichi Kamada, Hidemasa Morita and an own goal by Khash Erdene Tuyaa.

The win means Japan will advance to the next phase of Asia’s qualifying tournament for the 2022 World Cup if they defeat Myanmar when the teams meet in Yokohama on 3 June.

The game took place in Chiba, Japan, after Mongolia, ranked 190th in the world, were forced to relinquish hosting rights due to quarantine regulations at home.

On Monday, Canada beat the Cayman Islands 11-0 in a World Cup qualifier.