The Executive Secretary of the Nigeria Extractive Industries Transparency Initiative (NEITI) Dr. Ogbonnaya Orji, has described as dangerous, the non-disclosure of actual ownership of some companies in the country.

A statement by the Head of Communications and Advocacy at the organisation, Obiageli Onuorah, stated that Orji spoke while addressing a forum of government agencies, companies, civil society and the media on beneficial ownership implementation in the extractive industry in Nigeria.

He noted that Nigeria has two commitments to beneficial ownership reporting, the first being compliance to the Extractive Industries Transparency Initiative (EITI), while the second was in response to the commitment made by Nigeria to the Open Government Partnership (OGP).

According to him, beneficial ownership disclosure has become very important in view of the serious dangers that secret ownership of companies pose to individual countries and the global community.

“Crimes like tax evasion, illicit financial flows and terrorism financing which are associated with or facilitated by secret ownership frustrates national development, increases poverty in developing countries and threaten the national security of even powerful nations,” Orji stated.

He explained that NEITI was encouraged by the volume of work so far done by relevant government agencies and civil society on beneficial ownership reporting.

Orji revealed that a coordinating committee on beneficial ownership implementation in Nigeria is to be set up by the NEITI very soon.

He made reference to the report by an international anti-poverty organisation indicating that developing countries lose up to $1trillion a year from such activities, noting that the figure is seven times more than the total aid and foreign debt that flow into these poor countries.

In his keynote address, the Registrar-General, Corporate Affairs Commission (CAC), Abubakar Garba, disclosed that the commission had commenced the collection and disclosure of beneficial ownership information from the January 3, 2021 following the passage of the Company and Allied Matters Act in November 2020.

“Every information on persons with significant control of companies is now available online on the commission website to members of the public free of charge and in line with Nigeria’s commitment to the global EITI and OGP. This is the least we can do to support transparency and fight against corruption”, he stated.

He explained that the commission was working to integrate beneficial ownership information into the national identity data base to ensure valid and correct information, adding that when information is publicly accessible, the public will be able to find out if there are errors.

Executive Director, Civil Society Legislative Advocacy Centre (CISLAC), Auwal Rafsanjani, noted that the enactment of CAMA 2020 has provided legal backing for the beneficial ownership transparency, but warned that the register is not an end in itself.

Also addressing the forum from Oslo, Norway, the EITI Policy Director, Ines Marques informed the audience that about 20 EITI implementing countries have undertaken legal reforms to facilitate ownership transparency, while 30 others have publicly disclosed some beneficial ownership information through EITI reporting. 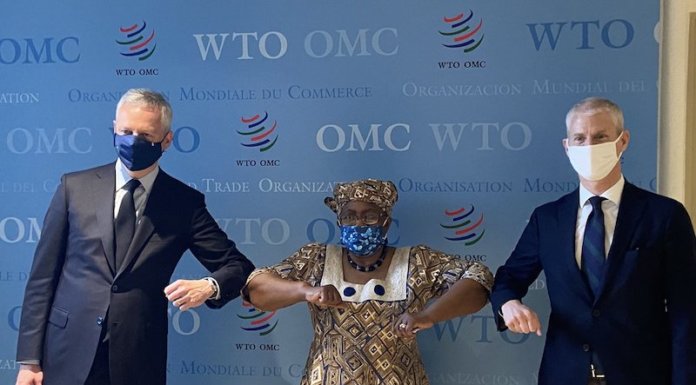