Abe stated this at the weekend when he led members of the committee to visit the facility on an inspection tour.

The chairman, who fielded questions from journalists said the president had indicated his awareness of the ugly state of the oil facility and responded by directing the setting up of the committee in order to find ways to assist the company to bring the facility back to life.

The project called Antan project, which is being built by Kaztec Engineering, started in 2012 and was planned for the drilling of over 19 million barrels of Nigerian crude.

The project which has already gulped over $600 million, was also expected to be a one-stop-shop for fabrication of offshore platforms, large offshore modules, FPSO refurbishment and new build jackets.

It was also to provide facilities like pipe mill, pipe coating, dry and floating dock, logistics, supply base and skills development and satisfaction of all the project delivery needs of oil and gas companies doing business in Nigeria and provide jobs for Nigerians.

However, for six years, activities at the project site had been ceased owing to a force majeure declared on it, arising from taxes and audit issues between the federal government and Addax Petroleum, the project’s technical partner.

According to Abe, the facility was projected to generate over $33 billion values in both revenues and foreign exchange savings to the federal government over a 10-year period.

He added that when it was functioning, the facility provided over 3,000 direct jobs and over 10,000 indirect jobs to Nigerians but that all those jobs have been lost due to the inactivity of the facility.

This, he explained, prompted the president to direct the setting up of the committee under the supervision of the ministry of petroleum to look out for areas of possible assistance to Kaztec Engineering for the revival of the facility.

He said members of the committee were drawn from the ministries of justice, finance; industry, trade and investment; the Nigerian National Petroleum Corporation (NNPC), and the Department of Petroleum Resources (DPR), amongst others.

“This is the Inter-Ministerial Committee on Assistance to Kaztec Engineering, set up by the President of the Federal Republic of Nigeria to look at ways and means by which the federal government can legally assist this company to come back to life”, he said.

The chairman of the inter-ministerial committee said what has happened to the Kaztec fabrication yard was a national tragedy in so many ways.

He noted that “not only is the economy negatively impacted, but at a time when we are trying to save foreign exchange from every means possible, it is quite disheartening to see that there are a lot of things here that could help this company save millions of dollars in foreign exchange that is actually lying waste.”

Abe thanked President Buhari for setting up the committee, pointing out that such action “actually shows that he is in touch with the realities of what is happening in the economy, in this country, and that he is doing everything possible to see that the Nigerian economy is not negatively impacted unduly by the current happening”.

He stated that Nigerians should indeed be grateful to the president for the initiative.

He said the facility had been in such bad state for over six years and nothing was done about it until the intervention by the presidential committee.

Abe said the committee was also made up of technocrats and people with expertise from their ministries, whose inputs would be material to the recommendations of the committee’s report.

He assured Nigerians, particularly, the 3,000 direct workers of the company in the facility, the 10,000 ancillary dependents as well as the banking partners, which the president was on top of the situation.

“He has set up this committee to make recommendations and advise him on what can be done, and we are doing that, and definitely, far-reaching recommendations will be made to enable us recover from this national tragedy,” Abe said. 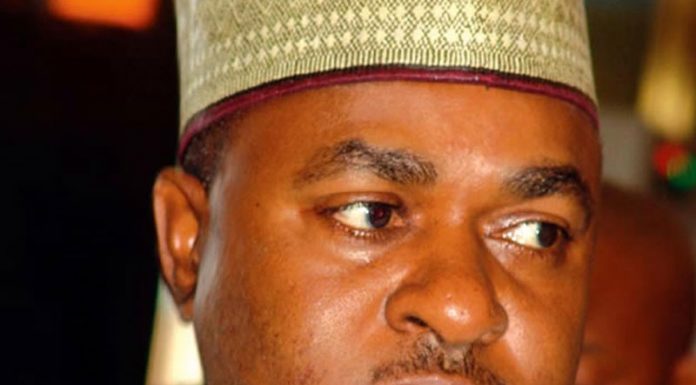