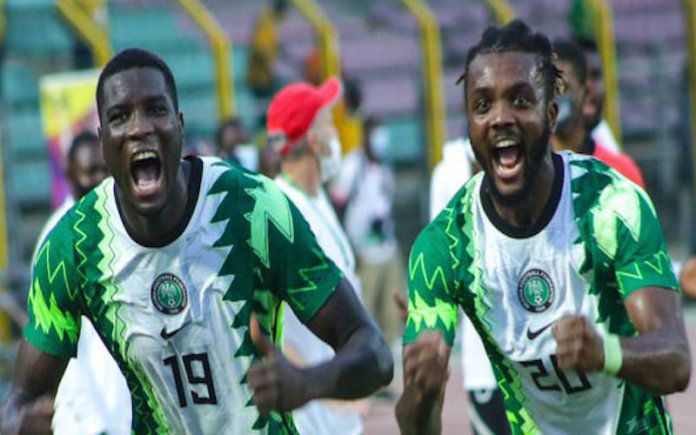 Scorer of Super Eagles AFCON 2021 lone goal winner against Benin Republic last weekend, Paul Onuachu, has said he believes Nigeria will be in Cameroon to be champions of Africa again.

The Genk Star in the Belgian Jupiler league came off the bench to score a stoppage time winner for Nigeria to stop home team Benin and advance to the AFCON in Cameroon in January.

“We just have to go there and take the gold,” he declared.

The Genk giant striker was only good enough to be placed on standby list for these qualifiers despite his 27 goals in Belgium.

However, he was later drafted to the main squad after one of the original call-ups pulled out.

He said the fans clamour for his inclusion pushed him to do more in an Eagles shirt.

“Thank you to the nation, they pushed me to show what I have in the national team,” he acknowledged.

“I did it and I am so happy for the team and the country.

“It’s great for a striker to score.”