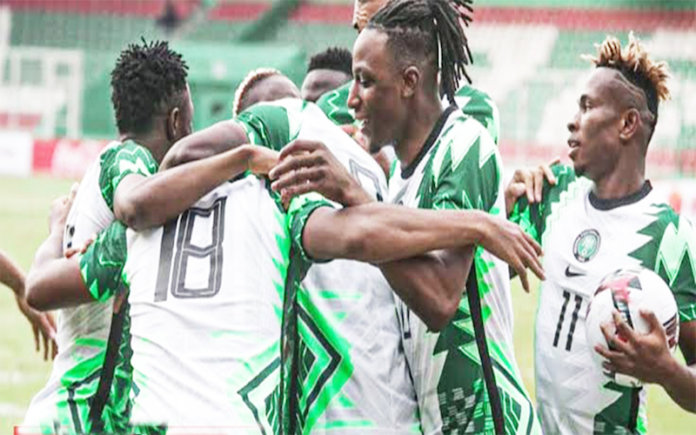 Nigeria on Saturday secured her place in next year’s Africa Cup of Nations (AFCON) with a 1-0 victory over Benin Republic at the Charles de Gaulle Stadium in Port Novo. The victory condemned the Beninoise to their first home defeat in eight years.

Paul Onuachu who came in as substitute for Kelechi Iheanacho secured all the points for Nigeria with a powerful header three minutes into added time,

The three-time continental winners in 1980, 1994 and 2014, had earlier booked their passage even before kickoff in Port Novo as Lesotho and Sierra Leone drew goalless in the group’s other game to leave Eagles untouchable.

On a day that Eagles’ midfield was laid bared following the ineligibility of Everton player, Alex Iwobi, as he was believed to have tested positive for Covid-19, there was not much to cheer in a tepid first half.

Henry Onyekuru’s snap header pushed out by the impressive goalkeeper Saturnin Allagbé was the major talking point of that stanza.

It was not a hugely interesting afternoon for a sparse crowd of just 200 people, a restriction forced on the host nation by CAF as part of coronavirus –curtailing measures.

Former U17 World Cup winners Kelechi Iheanacho, Victor Osimhen and Samuel Chukwueze led the strike force for Nigeria, assisted by Henry Onyekuru, but the Super Eagles did not exactly press for an avalanche of goals on an afternoon they already knew their flight to Cameroon was booked.

Two minutes into the second half, Chukwueze and Onyekuru failed to decide on who was better-placed to strike in the box, with Onyekuru eventually sending the ball sky-high. Five minutes later, the hosts came very close when William Troost-Ekong allowed an onrushing defender to get a leg to the ball and heave it above goalkeeper Maduka Okoye, missing the net by inches. Osimhen, all strength and purpose, shot narrowly over the sticks in the 54th minute, and then struck the upright two minutes later as Nigeria switched into second gear.

In the 62nd minute, Okoye flung himself full-length to thwart a glancing header from slipping into the net, and in the 90th minute, Osimhen forced a good save from Allagbé with a powerful header.

Onuachu, on the field for 20 minutes after replacing Iheanacho, was gifted a gold –plated opportunity to score only his second goal for Nigeria as the ball rose high in the box following Victor Osimhen’s attempt from a Samuel Chukwueze’s corner kick.

The Eagles returned to their Golden Tulip Hotel in Cotonou after the match and will be back in Lagos today to begin preparation for Tuesday’s dead-rubber final-round game against Lesotho at the Teslim Balogun Stadium.

With Nigeria now having an unassailable 11 points to win the group, Tuesday’s final qualifier between Benin and Sierra Leone will be a bruising battle of survival. Benin on eight points, (three above Sierra Leone), will need just a draw to pull through behind Nigeria as Group runners up.

But should the Leone Stars Win, they are going to level on points with the Beninoise. Head-to-head May then be needed to separate the two teams. 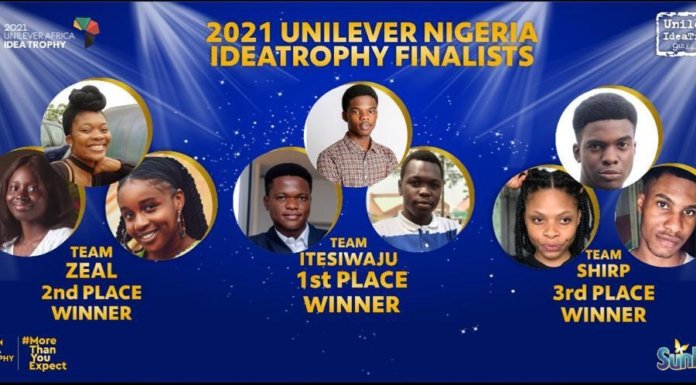