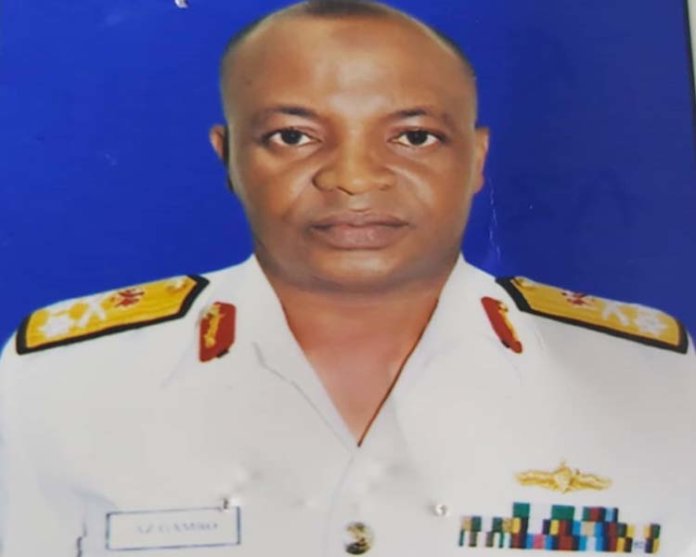 The Chief of the Naval Staff (CNS), Rear Admiral Awwal Zubairu Gambo, has stated that the navy will leave no stone unturned in implementing the presidential directive to all service chiefs and the Chief of Defence Staff (CDS) to return peace and security to the country, so that Nigerians can move around freely and conduct their daily activities without fear of being attacked by violent criminals.

The Naval chief, who stated this in Calabar while addressing naval officers and ratings during his visit to the Eastern Naval Command weekend, said the navy under his watch will stop at nothing, including flushing out bad eggs from its midst.

He warned that the activities of all naval personnel is under close surveillance, and anyone caught to be colluding with criminal elements in the society would be apprehended, punished and shown the way out.

“The President and Commander in Chief of the Armed Forces of the Federal Republic of Nigeria has commanded us to return peace and security to our citizens to enable them move around and do their businesses without fear. Team work, professionalism and integrity will be required from all to achieve this.

“The core values of the Nigerian Navy should be upheld; officers and ratings. Discipline remains the foundation of military service. I shall continue to monitor your activities. I shall not hesitate to relieve, without notice, the appointment of anyone if found wanting.

“This include those who collude with economic saboteurs, bandits and armed robbers. At the same vein, those who portray the Nigerian Navy in good light shall be rewarded handsomely.

“I therefore urge you all to live up to expectation and perform your assigned responsibilities diligently. If you cannot perform your responsibility as expected it will result in your immediate replacement with more competent hands. Welfare of all naval personnel shall be taken seriously,” he said.

As a sideline of his maiden visit to the ENC, Gambo told journalists that when the proposed Memorandum of Understanding (MoU) between Nigeria and countries within the Gulf of Guinea Commission is signed towards the protection of the gulf, the Nigerian Navy would ensure it abides by the contents of the documents when it becomes functional.

He said the officers and ratings of the navy are doing everything necessary to secure Nigeria’s territorial waters, including its maritime territories that fall within the Gulf of Guinea.

According to him, “The Nigerian Navy has been doing its job at curbing insecurity like sea robbery, piracy, including crude oil theft and all other illicit crimes in maritime space. The additional efforts we are making are in the acquisition of more platforms. We are expecting more platforms and we intend to fill the gabs operationally where we observe gaps because our operations are dynamic and we re-strategise as the challenges vary.

“Besides, most of the crimes that take place in the Gulf of Guinea are not necessarily within the Nigerian waters. Most of those crimes are perpetrated outside the 200 Exclusive Economic Zones which belongs to us, and which is also available for international ships. Other vessels, both war and commercial, also traverse that route, we are not supposed to hinder their movement, and so therefore if crimes occur within that area, we may be available at that point in time and perhaps our patrol efforts may be in another different direction.

“To that effect and under my administration, I am planning that the MoU which we are supposed to sign with countries in the Gulf of Guinea Commission is signed so that collectively everybody would be available to patrol with us because most of the efforts is being carried out by Nigeria, including the requirement of fuelling, which is a huge capital outlay.”