There’s a lot to take away from Governor Nasir El-Rufai’s stance on banditry in Kaduna State, writes John Shiklam

There is no doubt that Kaduna State is getting a big dose of criminality from the rampaging bandits that are terrorising its residents.

Security operations are being conducted across the state, with helicopters often hovering in the air, but the criminals appear to be operating with daring intensity as they invade communities and schools – looting, killing and abducting residents for ransom.
Hardly does a day pass without cases of abductions or killings or destructions in communities. The worst affected areas are communities in Birnin Gwari, Igabi, Kajuru and Chikun Local Government Areas. Several villages have been sacked following the persistent raiding and burning of houses.

Kaduna shares boundaries with Zamfara, Katsina and Niger States, which are facing similar security challenges. The bandits are believed to have camps in the vast forests stretching across the three states and they operate freely across the states.

In many communities across Kaduna, farmers can no longer go to the farm for fear of being killed or abducted. Social and economic activities have been destroyed as a result of the reign of terror being unleashed on the people by bandits. And the situation has taken a different dimension following the recent targeting of schools by the hoodlums.
On Thursday, March 11, 2021, at about 11:30pm, the criminals invaded the Federal College of Forestry Mechanisation, Afaka, located along the Kaduna airport road and abducted

39 students. The students were later seen in a viral video made by the criminals and shared on social media platforms.
In the video, the students were seen begging the government to come to their aid as the gun-wielding bandits were beating them. They students were still in captivity at the time of this report, while their traumatised parents have been protesting and pleading with the government to “act with dispatch to ensure the immediate and safe release of their children.”
Many of the students especially, the female students were barely covered while others were in their night wears, when the hoodlums came calling and in the confusion could not dress up.

They have been in captivity for over two weeks now, and since they appear on the video, nothing has been heard about them again. Their condition especially, the female students, could only be imagined.
Addressing a news conference in Kaduna on March 22, 2021, the parents said they were under excruciating pains and anxiety over the condition of their children.
Spokesman of the parents, Mr. Samuel Kambai, said since the abduction, parents had been having sleepless nights under excruciating pains and anxiety.

He lamented that the continuous silence of the government as well as the management of the school on efforts being made to rescue the students have further heightened the anxiety of the parents.
“We have called this press conference to address the world on the excruciatingly painful development surrounding the kidnap of 39 of our sons and daughters, students of the Federal College of Forestry Mechanisation, Afaka, Igabi Local Government Area, Kaduna, Nigeria.

He said parents had thought that, “the government and the school authorities would swing into action and rescue the students,” lamenting that, since the incident, there had been no communication from the authorities.
“We have put our trust in the government and school authority to rescue the students in good time and safely, but that has not happened.

“Let us not forget that the students were taken in bad shape. Some were barely covering themselves especially, the ladies. This is a dangerous thing and should have made the government to act faster. We do not think enough is being done,” he stated.
Also speaking, Sani Friday, a parent of two of the abducted students, called on government to negotiate with the bandits.
Friday expressed the fear that the bandits might hurt the students, if government tries to use force to rescue them.
He recalled that about two years ago, “It is the same state government, which sometime ago told the entire Kaduna State that if it cost him paying bandits to stop killing the citizens of Kaduna state, he will pay them.
“One of the fears we have is if the government feels they can use force to bring out these children, it will be a disastrous move, because these bandits are well-armed”.

The Kaduna State Governor, Mallam Nasir El-Rufai, has been resolute on his decision not to negotiate with bandits, because according to him, bandits have challenged the sovereignty of Nigeria and must be wiped out.
El-Rufai, while receiving the 2020 security report at the Government House, Kaduna, on March 10, 2021, a day before the abduction of the students, declared that the state government would never negotiate with the criminals.
“Banditry has severely impacted the rural economy and shaken the confidence of citizens. It has driven farmers from their land, putting food security at risk, displaced communities, stolen property and deprived people of their right to life.
“We must put a stop to these criminal acts and enable our people to live their lives in peace and safety. This is a most urgent task”, the governor had said.

He maintained that the state government’s stance on bandits, was unequivocal and consistent, insisting that, “bandits, cattle rustlers and armed militias must be degraded and decimated to a state of unconditional submission to constituted authority.
“We will neither negotiate with criminals of any description nor support any grant of amnesty. Criminal gangs, bandits, insurgents and ethno-religious militias made a conscious choice to challenge Nigeria’s sovereignty and menace our citizens. These criminals must be wiped out immediately and without hesitation.

“I am assured by the recent directive given to the federal security agencies to wipe out such gun-wielding criminals by the President”, the governor, said while receiving the 2020 security report, presented by the Commissioner for Internal Security and Home Affairs, Mr. Samuel Aruwan.

The governor also re-emphasised this stance at an expanded security meeting with traditional rulers in Kaduna on March 16, 2021, when he said his job as governor was to enforce the law and help to prosecute people, who commit offences.
“We will not engage with bandits or kidnappers. Private citizens like clerics and clergymen can do so in their individual capacities to preach to them and ask them to repent. We also want them to repent but it is not our job to ask them to do so,” the statement quoted the governor as saying.

Many Nigerians are equally opposed to negotiating with the bandits and paying ransom for their criminality. They maintained that the criminals should be rounded up by security agencies and dealt with to put a stop these abductions and payment of ransoms.
But this is easier said than done especially, considering allegations of complicity by some bad eggs in the security forces that are said to be colluding with the criminals.

It is believed that the activities of these bad eggs that also benefit from the criminal activities of the bandits are seriously undermining efforts to fight the menace.
The students and their parents have suffered a lot of psychological trauma and as such government must take urgent steps to get the students out of the dungeon. 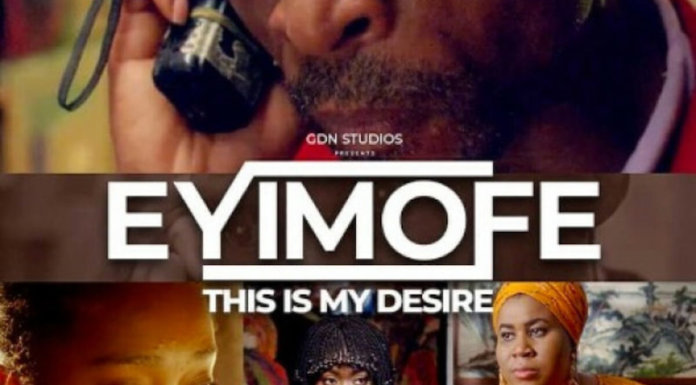