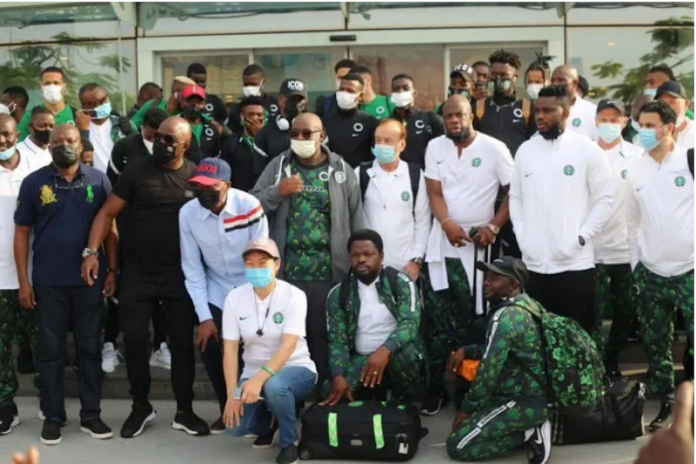 Nigeria’s contingent to today’s crucial 2021 Africa Cup of Nations qualifying match against Benin Republic hit the tiny West African nation with much buzz, glitz and glitter yesterday afternoon, arriving at the Porto Novo Jetty in half a dozen boats across the waterways from Lekki, Nigeria.

His Excellency Ambassador Olawale Awe, Nigeria’s ambassador to Benin Republic, led mission staff to await the delegation and then accompanied the team and its officials to Cotonou, where the group is ensconced at the Golden Tulip Hotel. The Super Eagles will ride by bus to Porto Novo this morning and return to the Golden Tulip after their clash with the Squirrels at the Stade Charles de Gaulle.

Three-time champions Nigeria could make sure of a 19th appearance at African football’s flagship tournament if Sierra Leone and Lesotho are locked in a stalemate in their early game in Maseru today. But the Eagles are insisting on focusing on their own game and result rather than wait for help from one bumpy pitch in southern Africa.

The Squirrels, who sensationally reached the quarter finals of the last edition of the AFCON in Egypt two years ago before losing to Tunisia, had their last training session at the Stade Charles de Gaulle on Thursday, with Coach Michel Dussuyer saying his boys were ready to calmly collect the three points from better –fancied Nigeria.

Dussuyer, 61, a former French professional footballer and well –travelled coach, is confident his Squirrels can sneak past the Eagles to top of the pool ahead of the last round of matches in a few days.

He is banking on the power-play upfront of the hulking Michael Pote, the defensive competence of David Kiki, Yohan Roche, Khaled Adenon and Cedric Hountondji, the midfield savvy of Anaane Tidjane, Jordan Adeoti and Rodrigue Kossi and the guile of Steve Mounie, Jacques Bessan and Jerome Bonou. Goalkeepers Saturnin Allagbe and Fabien Farnolle will contend for the number one spot. Allagbe was impressive at the AFCON in Egypt.

Thenff.com learnt that officials of the Federation Beninoise de Football were still awaiting official letter from the Confederation of African Football as at yesterday evening on the number of persons that could be admitted at the Stade Charles de Gaulle. As at lunchtime Friday, they were still being told that only 200 persons could attend. “We are hoping for a favourable opinion on our letter requesting that we be allowed to have between 1,800 and 3,000 persons at the match,” said an official of the FBF.

The Confederation of African Football has appointed officials from Morocco to superintend the game, with Rédouane Jiyed, a 42 –year old who became an international referee in 2009 and currently one of the highest -rated referees in Africa, dictating the tune. He will be assisted by Lahsen Azgaou (assistant referee 1), Mostafa Akarkad (assistant referee 2) and Samir Guezzaz (fourth official) – all Moroccans. The match commissioner is Yameogo David and Ghanaian Julius Ben Emunah is the security officer.

The match kicks off at 5pm. 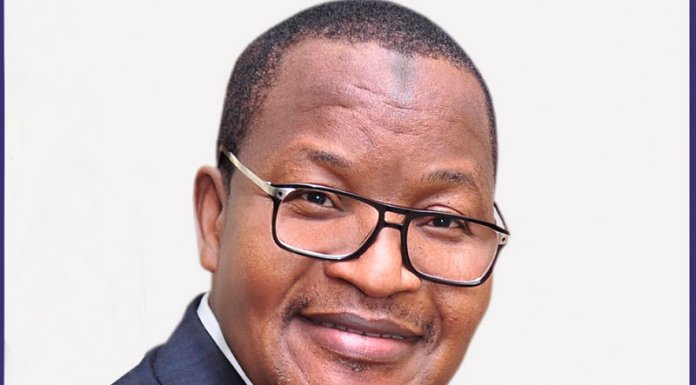