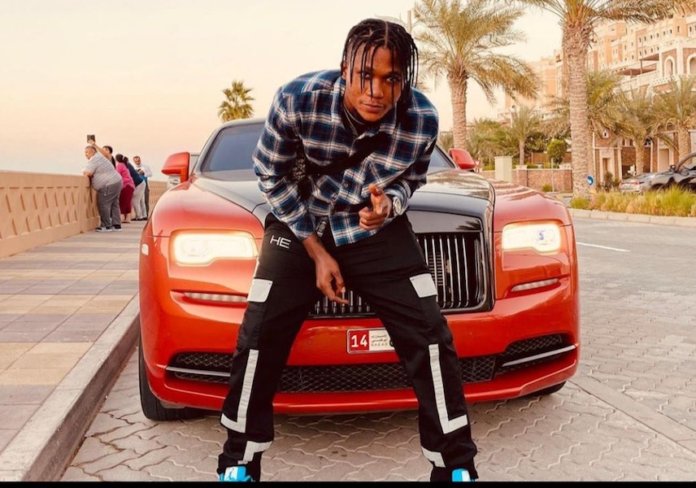 Felix Emokhare Iloure, also known as Fexsy don, is one of the most interesting artists coming out of Nigeria right now.

The Edo state born singer made his first appearance on the music scene in late 2018 with the single ‘Loving you’ featuring Victor AD. This saw him become one of the most streamed artists in Nigeria.

His debut EP Teleport was a powerful introduction showcasing his hypnotic voice, filled with memorable lyrics about love and relationships over trap-soul and R&B. Some of the notable songs in the EP includes May Day, Teleport, Mac, Ghen Ghen, Money bag amongst others.

Analysing his rise and influence, here is why we think he will become a notable star and can claim top spot as one of the golden R&B voices from West Africa.

1: Fexsy don steers clear from typical mainstream Nigerian music and experiments with his sound that has been influenced by mainly Afrobeat and reggae.

2: He is breaking divisions and connecting with most young people through his music and has already scored collaborations with well known artists from across Nigeria, including Peruzzi, Victor AD and others.

3: His signature is melodic, energetic, welcoming and contagious music.

4: In this era when many singers resort to auto tune, the 26-year-old stays true to his real voice.

5: Recognition are not shortcoming as he was selected by A-list entertainer, Ayo Makun also known as AY to perform at the 2018 edition of AY comedy show held Abuja. The year after he joined Zlanta, lyta and Naira Marley at the Marlians Fest in Ibadan.

Fexsy don is signed to DFMWORLDWIDE, a record label based in Lagos, Nigeria. He is currently making waves With the remix of his hit single ‘Vacation’ with Davido’s DMW Signee, Peruzzi. The song is trending on various streaming platforms across Nigeria.

There’s a palpable air of hope he will become the next big thing in the entertainment industry and we can’t wait to see that happen soon.