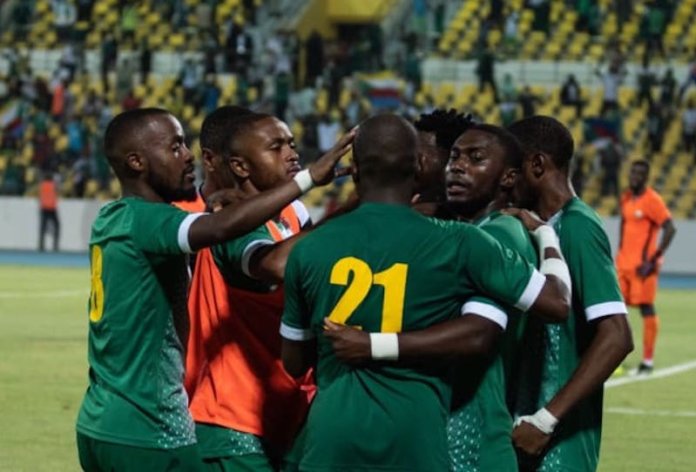 Comoros made history on Thursday when drawing 0-0 at home to Togo to qualify for the Africa Cup of Nations for the first time.

The match may have been low on incident but that will matter little to the island nation of just under one million inhabitants.

For they are now celebrating one of the biggest achievements of a country which has been more famous for its history of political coupsand music than any sporting success.

Wild scenes of celebration broke out on the final whistle as fans, players and politicians celebrated the shock qualification for next year’s finals in Cameroon.

Comoros had never won a major qualifier until 2016 when they beat Botswanain what was their 20th attempt to win either a Nations Cup or World Cup qualifier.

Five years on, they are top of Group G – featuring record African champions Egypt no less – with three wins and two draws from their five matches.

Although Kenya can catch Comoros on nine points, they cannot overtake them courtesy of the Harambee Stars’ inferior group record against the islanders.

Even before this qualifying campaign began, expectations were low that the Coelacantes could sit at Africa’s top football table – but they have achieved the feat with a game to spare.

Much of the credit will go to Amir Abdou, national coach since 2014 and whose insistence on bringing in players from the diaspora to play for the team has revolutionised their fortunes.

“I think I was the only professional when I arrived in 2010,” captain Nadjim ‘Jimmy’ Abdou, formerly of Millwall and AFC Wimbledon, told BBC Sport Africa before the game.

“We were 5 or 6 expatriates at the time. It’s clear that we started from the bottom but year after year, with the addition of other professionals, the whole organisation became more professional.”

Later on Thursday, Kenya host an Egyptian side who need to avoid defeat to clinch the second qualifying place on offer from Group G.

In the sixth and final round of qualifiers on Sunday, Egypt host Comoros while Kenya travel to Togo.