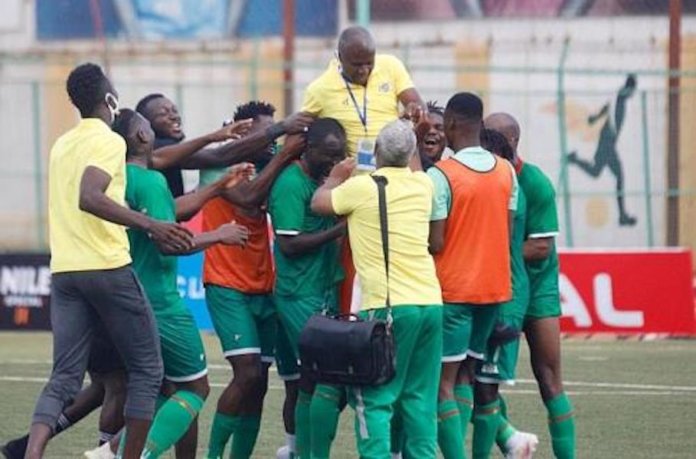 Burkina Faso yesterday qualified for the delayed 2021 Africa Cup of Nations in Cameroon after drawing 0-0 in Uganda with one round of group games still to play.

The Stallions become the sixth team through to the finals, joining Algeria, Mali, Senegal, Tunisia and the host nation.

Burkina Faso’s nine points in Group B is one ahead of Uganda and two more than Malawi, who beat South Sudan 1-0 on Wednesday.

Burkina Faso qualify as there is no scenario whereby both Uganda and Malawi can overtake them, while South Sudan – who have three points – are eliminated.

Malawi host Uganda in the final round later this month, with the victor set to clinch a place at the finals. A point will be enough to take Uganda through.

Elsewhere, Ethiopia beat Madagascar 4-0 at home to take a significant step towards qualification from Group K.

Madagascar went into the match knowing that victory would see them through but they were outplayed by the hosts, who raced to a 3-0 half-time lead.

Ethiopia, whose nine points are now two better than Madagascar’s, must avoid defeat in Ivory Coast – who travel to Niger on Friday – later this month to seal only their second Nations Cup qualification in nearly four decades.

They last qualified for the finals in 2013.

In Group C, Sudan won 2-0 in Sao Tome to set up a mouth-watering final round clash at home to South Africa.

The Sudanese now have nine points, the same as both Bafana Bafana and Ghana who meet this evening.

With no points from five games, Sao Tome – who travel to Accra on the final day – cannot qualify.

Rwanda lifted themselves off the bottom of Group F and up to second after winning 1-0 at home to Mozambique, with Cameroon – who qualify automatically as hosts – playing Cape Verde on Friday.

Cameroon have 10 points in the group, with Rwanda now second on five, while Mozambique and Cape Verde have four apiece.

The sixth and final round of qualifiers sees Cameroon host Rwanda and Cape Verde travelling to Mozambique.

Next January’s Nations Cup should have been played in 2021 but was delayed by a year because of the global coronavirus pandemic.

Twenty-four teams will be at the tournament.