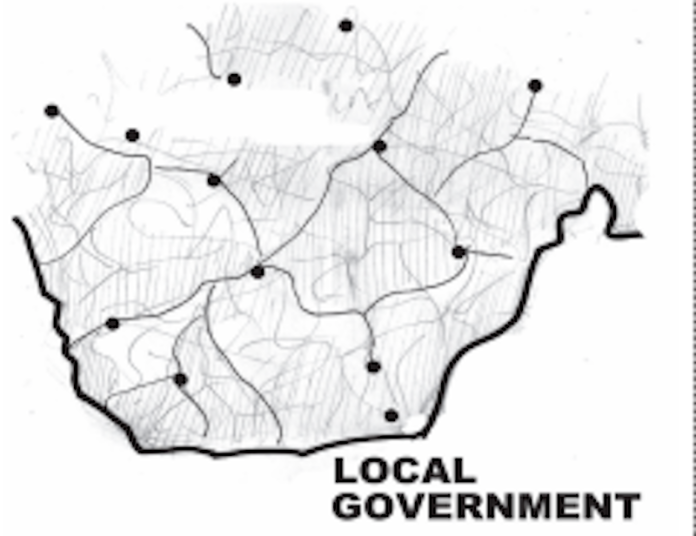 In Nigeria, local government is the third tier of government and there are 774 of them in the country. They were established to promote development at the grassroots level and are backed by Section 7(1) of the 1999 Constitution which guarantees that they be administered by democratically elected officials. The constitution further mandates state governments to ensure their existence under a law which provides for their establishment, structure, composition, finance and functions. These constitutional provisions were reaffirmed in 2016 by the Supreme Court when it put a seal on the question of whether state governments can terminate the tenure of elected local government administrations. The apex court which ruled that it was illegal for any governor to terminate the tenure of elected local government officials also shut down the idea of appointing caretaker administration to run them.

However, in total disregard for the law, no fewer than 13 states across the country are still running local government administration without elected officials. In these states, local governments are being administered by caretaker committees appointed by the governors. Yet, in a judgment delivered on 9th December 2016, the Supreme Court had voided laws enacted by states’ Houses of Assembly which empower governors to sack elected local government chairmen and councillors and replace them with handpicked administrators. In the unanimous judgment of five justices, the apex court described the sacking of elected local government administrators as “executive recklessness” that should stop immediately. But the judgement has been largely ignored.

The 1999 Constitution in its Fourth Schedule outlines the functions, duties and responsibilities of the local governments. Unfortunately, the constitution is completely silent regarding any protective mechanism that guarantees their financial and political autonomy. There is not even a clear-cut guideline as to a timeline for elections of the officials. Most of these crucial decisions are left at the whims of the state governors who have effectively hijacked the local governments in their states, using their funds to dispense patronage to cronies. This sorry state of affairs has, not unexpectedly, engendered all manner of agitations from various quarters asking that the local government system either be scrapped or made financially autonomous so as to enable them perform their expected duties to the people.

Even in states where local government elections are being held as a matter of routine, it is not lost on Nigerians that many of the elected chairmen and councilors actually got rigged into office with the support of the governors – a fact which compromises them from the start. After their elections, many of them are either only too grateful to do the biddings of the governors or are too scared to assert their independence. In most cases, they are constantly reminded of the skewed process that brought them to office. They are therefore inundated with warnings on the repercussions of holding any dissenting views. The state’s houses of assembly would further compound this situation by issuing threats of impeachment to the beleaguered council bosses. Cowed and compromised, council officials end up not achieving much to the chagrin of the electorate.

The nation generally suffers because this is the level of government that is closest to the people and should be the most responsive to their needs. An effective local government system, where the chairmen and councilors are prepared to work and where they are not stifled by the governors, is much needed for human development where it matters most. If we must upgrade the quality of leadership to bring back the glorious days when council administrations were the nucleus of governance in our country, a new constitutional framework must be formulated for the tier of government closest to the people.