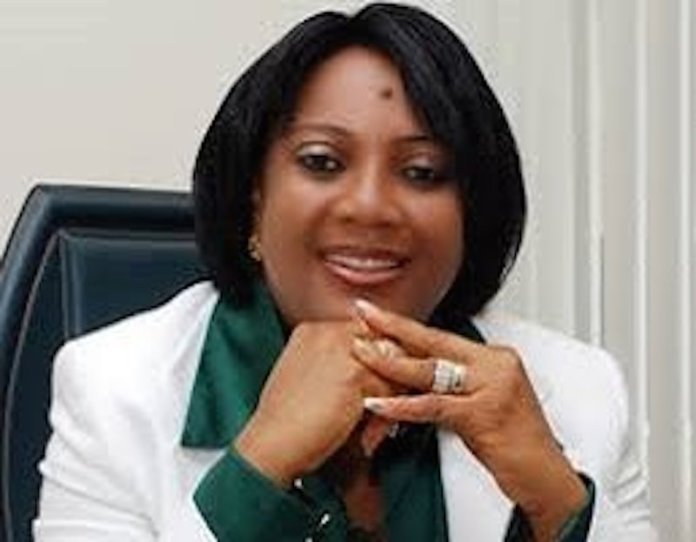 The Chief of Army Staff, (COAS), Lt. Gen. Ibrahim Attahiru has said that the Nigerian Army will deal decisively with every form of security threats confronting the country.

Attahiru said this yesterday in Uyo, Akwa Ibom State capital at the first Commanding Officers Workshop 2021 with the theme, “Repositioning the Nigerian Army to Defeat Contemporary Adversaries in a Joint Environment.”

He assured the nation that the Nigerian Army would soon surmount attempts by some individuals to compromise the territorial integrity of the country by the declaration of sovereignty on behalf of ethnic nationalities in the country.

He called on the participants at the workshop to commit themselves to the dictates of their duty to the nation.

The COAS said he would continue to provide mission-oriented training through workshops and build capacity for the military that would make the army dependable and feared by all adversaries.

“The Nigerian Army under my leadership would remain proactive and jointly work with other security agencies to decisively deal with threats facing the nation.

“The Nigerian Army under my watch remains resolute and is poised more than ever before to decisively deal with individuals or groups that threaten the peace, security and stability of our great nation,” he stressed.

In his speech, the Governor Udom Emmanuel of Akwa Ibom State said the security challenges confronting the nation calls for a military that was ready and equipped to face the problems.

Emmanuel, who was represented by his Deputy, Mr. Moses Ekpo, urged the military to intensify and expand the strategies, techniques and tactics needed to contain all insecurity across the country.

He commended the various security agencies in the state for the synergy and harmonious working relationship among them, which has brought about security in the state, and promised to continue to support them.

“With the security realities confronting our nation, the military more than ever should be ready and equipped to face and confront these realities by ensuring that the service maintains the highest possible standard of continuous training for optional performance.

“It is reassuring that in spite of other operational commitments across the country, the new Chief of Army staff has considered it necessary to organise this workshop.

“To ensure greater cohesion in the service to impact positively on the leadership, operational effectiveness and efficiency of our commanding officers,” Emmanuel said.

Earlier in his welcome address, the General Officer Commanding 6th Division Nigerian Army, Maj.Gen. Sani Mohammed, said the workshop was the first major achievement of the Chief of Army Staff.

He said that the workshop was delayed due to the COVID-19 pandemic, adding that it was an opportunity to enhance training and build capacity for military officers.

Mohammed said the workshop has participants drawn from the South-South region.

Four people were killed in an attack by bandits in communities in Igabi and Jama’a Local Government Areas of the state.

The Kaduna state Commissioner for Internal Security and Home Affairs, Mr. Samuel Aruwan made this known yesterday in the daily security update in Kaduna.

Aruwan said the attacks which occurred on Monday night, were reported to the state government by security agencies.

He said in Anguwan Lalle village, Igabi LGA, three people were killed by bandits while in Golkofa village, Jama’a LGA on person was killed in an attack on a private clinic in the community.

The commissioner saiid, “Three citizens were killed by armed bandits in Ungwan Lalle village, Igabi local government area. This was made known in a report to the Kaduna State Government by security agencies.

“According to the reports, the bandits initially attempted to barricade the Kwanar Tsintsiya road, along the Kaduna-Zaria highway, but were repelled by troops and vigilante patrols.

“As the bandits retreated to their camp, they attacked the village and killed the following locals: Dayyabu Yarima, Dalhatu Ashiru and Suleiman Samatu”.

The statement said “in another incident, troops of Operation Safe Haven reported that gunmen attacked Niima Clinic in Golkofa village, Jema’a LGA, late Monday night, killing one staff of the clinic while three others sustained injuries from gunshots.

According to the commissioner, “Governor Nasir El-Rufai noted the reports with sadness and prayed for the repose of the souls of those killed, while sending condolences to their families. He also wished the injured a speedy recovery.”

the circumstances leading to the disappearance of some community leaders in Atyap Chiefdom, Zangon Kataf LGA.

According to him, “the leaders went missing after a dispute resolution meeting on Sunday, during which financial compensation was made for destruction of crops by cattle under the watch of a herder, as reported to the Kaduna State Government by security agencies.”

Aruwan said, security reports indicated that “the Secretary to the District Head of Gora, Ayuba Bungon, and others who attended the successful meeting, went missing while traveling in his vehicle. The car was later found vandalised and empty.”

He said, “troops on search-and-rescue missions later that night found the Secretary, and handed him over safely to the Police. Some arms and ammunition were also recovered in the general area in the course of search and rescue.”

Aruwan said, “moreover, two other leaders who went missing were reported to have escaped from their captors on Monday and were also found by troops conducting search operations. They were identified as Yusuf Dauda and Gomna Audu.”

Aruwan said, “Governor Nasir El-Rufai noted the feedback with gratitude and urged the troops to sustain the pace of operations.

“The governor also made an appeal to the Atyap chiefdom, as well as families and relations of the missing leaders to remain calm, as security agencies continue with investigations and search-and-rescue operations.”

The Speaker of the House of Representatives, Hon. Femi Gbajabiamila at the plenary yesterday, accepted the petition of the Tiv people from Benue State resident in the United States of America, which was earlier rejected by the Deputy Speaker, Hon. Idris Wase.

Wase who sat in for Gbajabiamila had rejected the petition.

The petition, which was presented by Hon. Mark Gbillah (PDP, Benue) accused the federal government of non-chalance towards the perils facing those who have been displaced as a result of herdsmen activities.

Wase, while responding, argued that Nigerians abroad have no rights to file a petition on the crisis.

The rejection had however attracted widespread condemnations from Nigerians all over the world.

But when presented again by Gbillah at yesterday’s plenary, Gbajabiamila who presided over the session accepted the petition.

He said that the House of Representatives cannot discriminate against any Nigerian wherever they may be in any part of the world.

Gbajabiamila said, “I believe this is the same petition that has been causing a lot of misunderstanding. The misunderstanding came from the issue of signature. Having cleared that misunderstanding, please, go ahead and lay your petition to be given proper attention. Thanks, Hon. Mark Gbillah; thank you for your patience.’’

Speaking to journalists after the plenary, Gbillah while commending the Speaker for his intervention, appealed to Nigerians in diaspora to sheathe their swords and rescind their earlier threat to withhold diaspora remittances in the light of the acceptance of the petition.

The lawmaker also appealed to Wase to apologise for his statement.

He said, ‘’I would also like to first all commend Nigerians in diaspora for rising up to defend their constitutional rights. It is their privilege to do so. I appreciate their rallying around us, the Tiv people and the Tiv Association in America who brought up this petition in the first place. I don’t want us to lose focus on the crux of the petition itself.

“I want to appeal to them in the light of the final submission of the petition and Mr. Speaker’s confirmation of the commitment of the House in the furtherance of the issue of our people in diaspora to sheathe their swords and rescind their earlier ultimatum with regards to remittances.