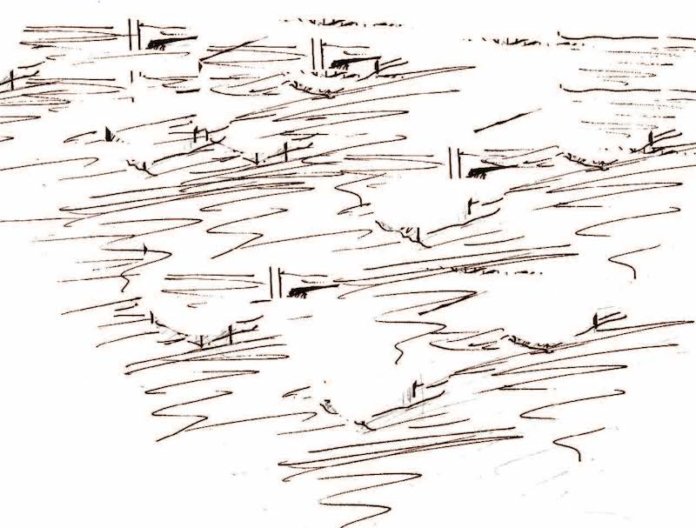 The erosion problem in South-east requires comprehensive intervention
Stabilising the constantly shifting earth in the South-east region is an urgent imperative. While the federal government recognises the gravity of the problem, there have not been any meaningful intervention to address the challenge. About eight years ago, the federal government came up with the multi-sectoral Nigeria Erosion and Watershed Management Project (NEWMAP). Designed to be implemented by both the states and the federal government with funding support from the World Bank, there was a pilot scheme in seven states: Abia, Anambra, Cross River, Ebonyi, Edo, Enugu and Imo.

By the claim of its national coordinator, NEWMAP has addressed over 70 active gully erosion sites across the country, and as at December 2019, “reclaimed 1,722.41 hectares of degraded lands, with reduction in loss of lives and infrastructure.” Regrettably, these claims still fall short of the expectation of most communities and they have voiced their indignation as the residents of Omaba in the commercial city of Onitsha, Anambra State, did recently. They alleged that no fewer than 30 family members have been killed by erosion which perennially washes away their homes and property. The protesting residents called on both the federal and state governments to come to their rescue, and prevent them from being refugees. They also alleged that the contractor working on the erosion problem has abandoned the site and that even some pillars erected as part of the initial remedial work they did had been washed away by ravaging storm water.

Recent reports indicate that Anambra State alone has over 500 active erosion sites while there are about 1,500 gully sites. Responding to the global awareness on sustainable environment and bio-diversity, the federal government in 1988 established the Federal Ecological Fund and set up the Federal Environmental Protection Agency in 1992. Later a Ministry of Environment was established. At its inception, the Federal Ecological Fund was backed with a 2% direct deduction from the monthly federal allocation account, but later topped with additional 1% deduction from the derivation account. In all, the Ecological Fund gets 3% monthly from the nation’s receivables. Unfortunately, the impact of the ecological fund in tackling the issues for which it was set up has remained very minimal across the spectrum of our society. Apparently the money has become a sort of slush fund for governments at both federal and state levels.

The main challenge in the South-east is gully erosion which is an advanced stage of land damage by water. Studies have shown that gully erosion can reduce land available for agriculture, generate sediments and increase flooding that affects fences, farms, roads, railways, culverts and bridges, as well as wash sediments into waterways and water supplies. Apart from causing huge soil losses and destroying farmland, it also results in reduction of water quality by increasing the sediment load in streams. We believe the erosion problem in South-east requires comprehensive intervention through a well-defined soil conservation measures anchored on farming systems and practices. This, scientists believe, will ensure sustainable soil productivity while maintaining a balance of the ecosystem.

Going forward, it is important for the Southeast states and the federal government to give the NEWMAP the financial support it deserves to avoid abandonment of projects.